An "Upgrade Patch" is in the works for NieR: Automata's Steam version

Will the PC version of NieR: Automata finally be fixed?

An "Upgrade Patch" is in the works for NieR: Automata's Steam version

Square Enix has confirmed that an "Upgrade Patch" for the Steam version of NieR: Automata is currently in the works, an update that may finally address the longstanding issues with the 2017 hit.

NieR: Automata's PC version suffers from a lot of issues, lacking support for many basic PC features out of the gate, requiring mods to address problems with no modern PC game should have. Fans of the game have been requesting patches for the PC game for four years, and Square Enix is finally listening to these pleas.

NieR: Automata BECOME AS GODS EDITION features improvements; the game's PC version is still lacking in many areas, offering gamers stuttering gameplay with an unstable 59/60 FPS framerate cap, buggy graphical options, and a long list of other issues. In our eyes, both the Steam and Microsoft Store versions of NieR: Automata require updates, even if the Steam version has a larger number of issues.

At this time, Square Enix has not revealed what their "Upgrade Patch" for NieR Automata would include. Still, we hope that it will deliver a more stable 60 FPS cap (or a workable unlocked framerate option) and fixes that will eliminate the need for mods to play the game on PC with a stable framerate. We would also like to see the game's long-running Ambient Occlusion/MSAA pop-in bug be addressed, as it should have been back in 2017. 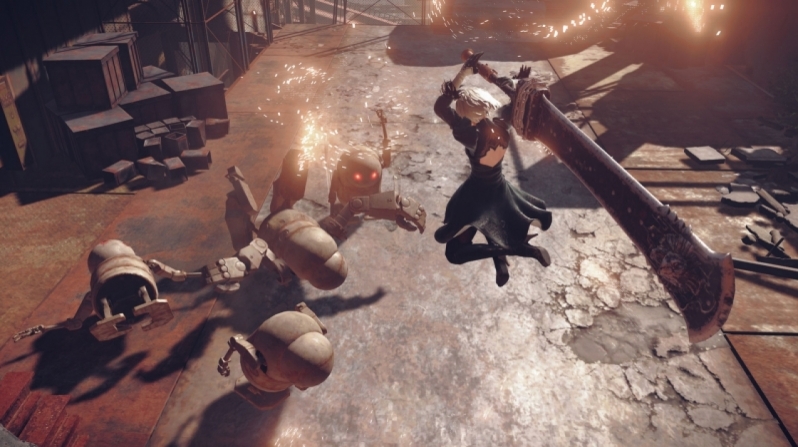 You can join the discussion on NieR Automata's planned PC "upgrade patch" on the OC3D Forums.