Apex Legends is coming to Nintendo Switch next month

Apex Legends will soon be available on all modern consoles

Apex Legends is coming to Nintendo Switch next month

EA has announced that Apex Legends will be arriving on Nintendo's Switch console on March 9th, bringing the game to all modern consoles. Like all other Apex Legends versions, the game's Switch version will support cross-platform play, allowing Switch users to play with gamers on PPC, PlayStation 4, Xbox One, PlayStation 5 and Xbox Series systems.

The Switch version of Apex Legends was developed in conjunction with Panic Button, the studio behind other high profile Switch ports like Warframe, DOOM Eternal, Rocket League.

It is unknown how well Apex Legends will run on Nintendo's handheld/home console hybrid. EA has confirmed that they are working on mobile ports of Apex Legends for Android and iOS, though these versions are not due to release before the start of 2022.

Hey everyone, this is Chad Grenier, Game Director on Apex Legends.

Today, I’m proud to come to you with some good news. Apex Legends is coming to Nintendo Switch on March 9th, 2021.

Porting Apex Legends to its smallest screen yet is a major achievement, and we couldn’t have done it without our friends at Panic Button. We’re very proud of what the team has been able to achieve with some smart optimizations for the Switch port to deliver a full-featured Apex Legends experience on the go.

Apex Legends will launch on Switch with support for cross-platform play, our latest seasonal content, and full feature parity with the other versions of the game.

Plus, since we’re launching a few weeks after the start of Season 8, Switch players will be granted 30 free levels for their Season 8 Battle Pass. For the first two weeks after launch, playing on Switch will also earn you double XP.

We can’t wait to welcome Switch players to the arena. Keep an eye out for more news about the latest updates we’re bringing to Apex Legends. 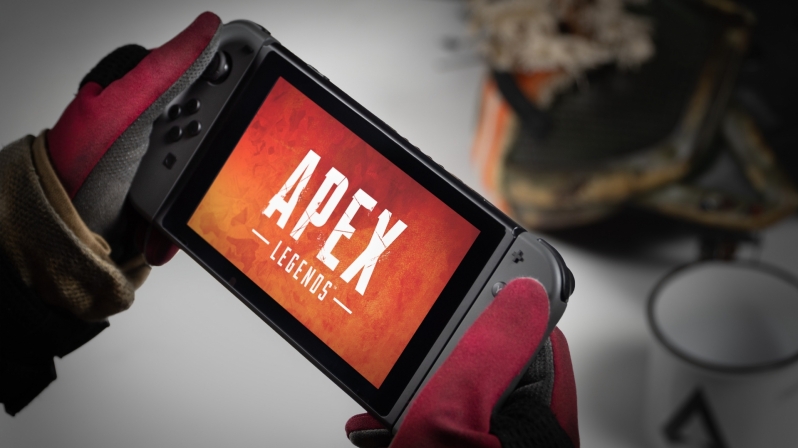 You can join the discussion on Apex Legends coming to Nintendo's Switch console on the OC3D Forums.