Autodesk's Arnold Renderer has just received a major update, one which transforms the renderer's performance on heavily multi-threaded processors within Windows, such as AMD's Ryzen Threadripper series and ultra-high-end Xeon systems. Update  6.0.4

The Arnold Renderer is a production-grade physically-based ray-tracing 3D renderer, finding use in films such as The Avengers, Pacific Rim, Thor Captain America and X-Men: First Class. Given the complexity of any Arnold-based projects, any form of system speed-up is welcome, and Arnold 6.0.4 promises to deliver boosts that range from a few percentage points to orders of magnitude in size. 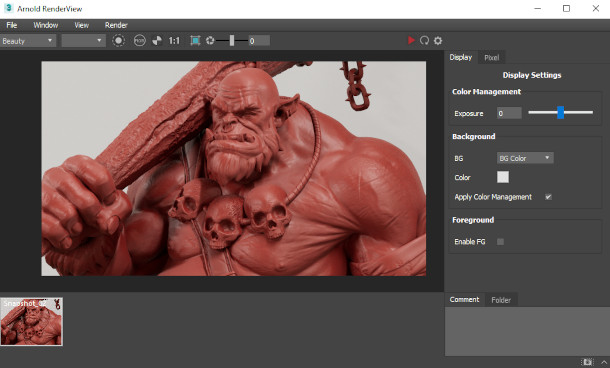 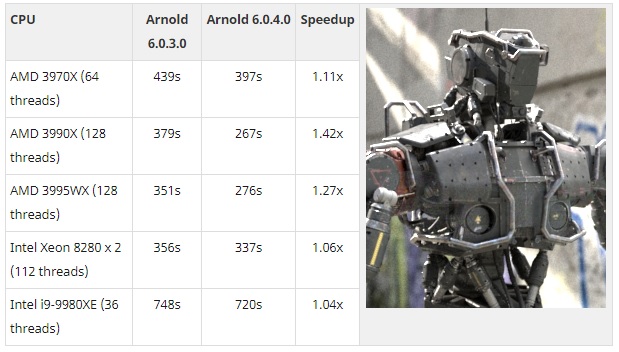 When using the company's "texture heavy stress scene (8GB of tiff based .tx texture tiles end up being read in)" Arnold 6.0.4 delvers performance gains which range from 68x to 237x, as detailed in the chart below. The largest performance gains are seen on AMD's Ryzen-based processors and are largest on CPUs with higher core/thread counts.

With update 6.0.4 to the Arnold Renderer, users can work on their projects faster and more efficiently. This is especially true for users of AMD's Ryzen Threadripper processors, though Intel users will still see performance benefits. Arnold 6.0.4 is putting these huge thread counts to work, and that should help AMD gain more traction within the professional landscape, which is great news given the recent release of AMD's Ryzen 3rd Generation Threadripper Pro processors.

You can join the discussion on the Arnold renderer's 6.0.4 update on the OC3D Forums.