Assassin's Creed Valhalla has become one of the must-own titles for both PlayStation 5 and Xbox Series X/S, with each new system being utilised to deliver strong visual upgrades over their last-generation counterparts.

Ubisoft did not detail how well Assassin's Creed Valhalla sold on the Epic Games Store, only commenting on the game's record sales though the Ubisoft Store/Ubisoft Connect (formerly UPlay).

Those who want to play Assassin's Creed Valhalla with higher framerates on PC should read our PC Performance Analysis for the title. 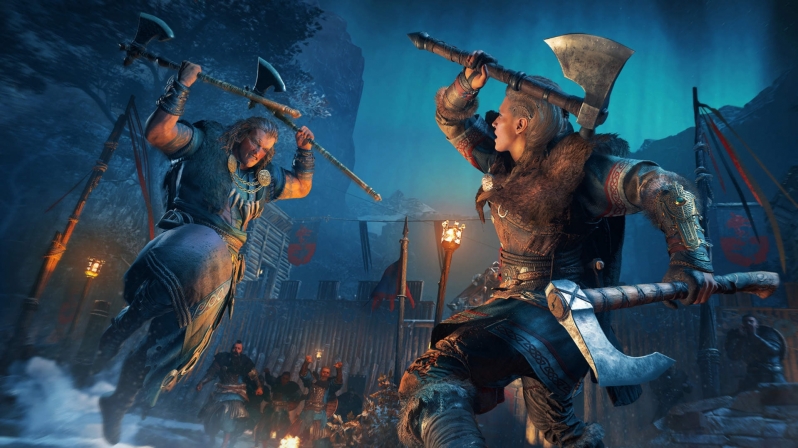 You can join the discussion on Assassin's Creed Valhalla being Ubisoft's top-selling PC launch to date on the OC3D Forums.

NeverBackDown
Not surprised the game is super fun so far. I'm taking my time and not rushing the story and just exploring. The variety of gameplay is pretty solid. Of course the usual repetitive AC stuff but that's expected. Odyssey to me was fantastic and so far this is much better.Quote

Warchild
Do I need to play previous titles, story wise?


I still have Unity, Syndicate, Origins, Odyssey to play.

I subbed the ubiconnect so seems a decent deal given all the titles I want. Im hooked on the Anno franchise.Quote

looz
Why'd you need to buy this game in Norway? Just go outside lmaoQuote

WYP
Quote:
Well, most of the game is in England.Quote
Reply