The game will be in Open Beta next month

Back 4 Blood, the co-op FPS from Left 4 Dead's creators, has received a new PC-focused trailer, confirming that the game will feature 4K resolution support, an unlocked framerate option, support for ultrawide/multi-screen monitor configurations, and cross-play support.

Nvidia has additionally confirmed that Back 4 Blood will feature support for DLSS at launch. DLSS is Nvidia's premiere performance-boosting technology for modern PC gaming, which intelligently upscale games using AI to deliver native/near-native quality visuals at much higher framerates. With DLSS, Nvidia wants to give PC gamers the highest possible framerates in Back 4 Blood by giving their RTX hardware an exclusive framerate boost.

Like most modern PC games, Back 4 Blood will also feature an extensive graphical options menu. In the trailer below, we can see detailed FOV options and many other image quality options.

Back 4 Blood is a cooperative first-person shooter from the creators of the critically acclaimed Left 4 Dead. You and your team of three ‘Cleaner’ friends are at the center of a war against the Ridden. These once-human hosts of a deadly parasite have turned into terrifying creatures bent on devouring what remains of civilization. With humanity's extinction on the line, it's up to you and your friends to take the fight to the enemy, eradicate the Ridden, and reclaim the world in a series of co-op campaign levels featuring randomized elements, a unique loadout system, and 8 different characters with their own perks and stats.

Team-up online with drop-in and drop-out four-player co-op to fight the ever-evolving Ridden threat together, or play the campaign solo with three A.I. teammates. Alternatively, gamers can also become a Cleaner or switch sides and play as the Ridden with friends in the online PvP Swarm mode, which supports up to eight players.

On August 5th, those who have pre-ordered Back 4 Blood will be able to play the game's Early Access Beta until August 9th alongside a select number of players who are registered on Back 4 Blood's website.

Ahead of the game’s release, you can participate in the Back 4 Blood Open Beta. Beginning August 5th, those who pre-order will be guaranteed Early Access to the Open Beta, which concludes August 9th, and a limited number of people who register on the Back 4 Blood website will also be invited to participate. If you miss out, however, don’t despair - the Open Beta will continue August 12th to 16th, and will be available to everyone.

And when Back 4 Blood launches on October 12th, 2021, PC players with GeForce RTX graphics cards can activate NVIDIA DLSS to benefit from the technology’s trademark performance boosts.

You can join the discussion on Back 54 Blood's PC features on the OC3D Forums. 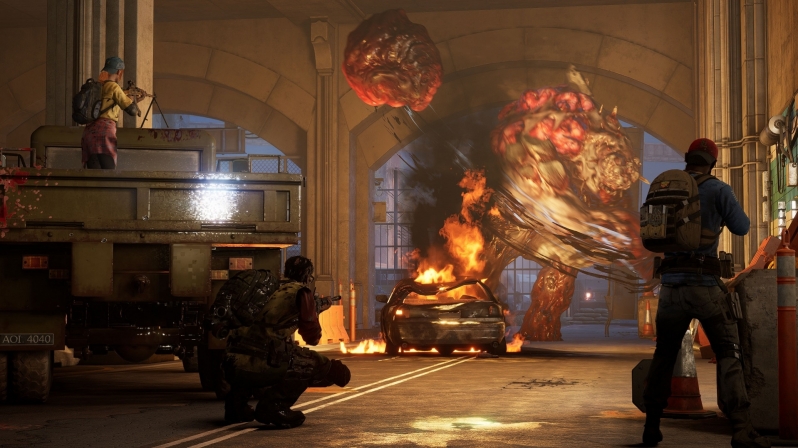