Bebo is coming back? A new/old social network for 2021

Bebo is coming back next month!

Bebo is coming back? A new/old social network for 2021

Bebo is coming back, arriving as a new social media platform for 2021, challenging Facebook's dominance once again under Amazon, who owns the brand through its subsidiary Twitch Interactive.

In February, Bebo will be re-launched, arriving with a new look and feel. All of the user data (profiles, photos and video) from Bebo's original incarnation is gone, making this a fresh start under a familiar name. Bebo was once the region's most popular social media platform in the UK and Ireland, overtaking Myspace in the early days of social media. While Facebook later rose to dominance in the UK and Ireland, the Bebo brand is still seen positively by internet users of that era.

Bebo reports that their service is currently "in private beta", and that the service is only available to invitees at this time. More news on the new social media platform is expected next month when the platform is due to launch.

Under Twitch Interactive and Amazon, Bebo has the backing to be a potential success within today's social media landscape. That said, it will be hard to pull users away from competing platforms, given how entrenched all of them are within today's internet landscape.

Bebo is coming back in February 2021 as a brand new social network. We are currently in private beta.

PLEASE NOTE: All old data and photos were lost many years ago and are not recoverable. Sorry. 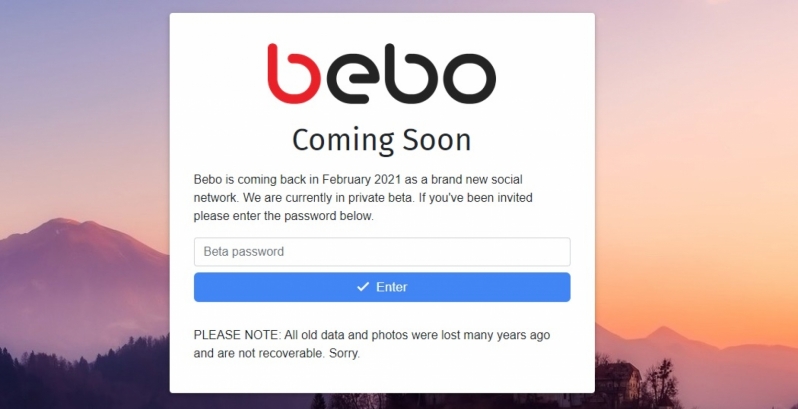 You can join the discussion on Bebo's return on the OC3D Forums.

AngryGoldfish
Ahh, the good old days when you could edit your profile however you wanted it. Then Facebook came along and destroyed everything.Quote
Reply