Expect to wait a while for Fallout 5

In an interview with IGN, Bethesda's Todd Howard confirmed that The Elder Scroll 6 is now in pre-production and that they will be working on Fallout 5 "after that". The good news for Fallout fans is that Fallout 5 is coming, but the bad news is that gamers will have to wait a while.

Bethesda Game Studio's next big title is Starfield, and it is due to release next year on PC and Xbox Series X/S. Following that launch, The Elder Scrolls 6 will be the studio's next big game, and after that will come Fallout 5.

It will be a long time before we see Fallout 5, though it is comforting to see that Bethesda has long term plans for its major franchises. Perhaps The Elder Scrolls 6 and Fallout 5 will come sooner thanks to Starfield's engine changes, and the fact that neither of these games have space combat or over 1,000 planets to explore. 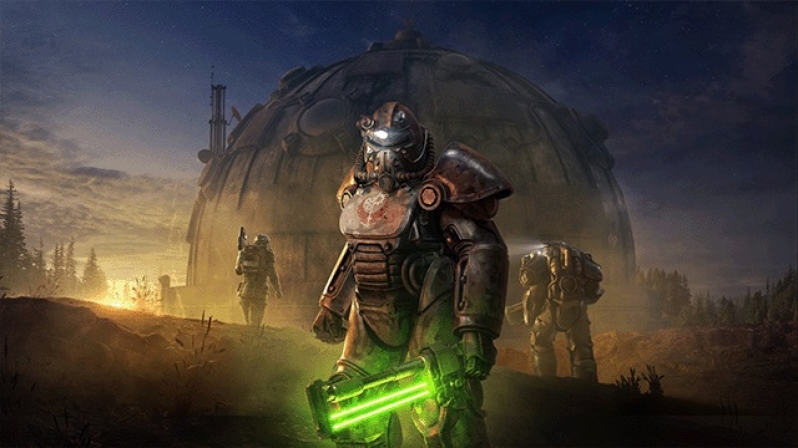 Starfield's coming to PC and Xbox Series X/S next year, arriving with a main quest that should take around 30-40 hours to complete. Add on side-quests and other content, and Starfield will take a long time to complete.

You can join the discussion on Bethesda's plan to create Fallout 5 on the OC3D Forums.

AlienALX
As long as they use the new engine I'm fine with waiting.

FO4 does look much better with the 4k hi Res released a while ago but yeah, craving a real next gen fallout. I guess the timing on FO4 was bad because it didn't even look that great at launch.Quote

Dicehunter
Tried all the Fallouts and cannot get into them, The post apocalyptic genre has no appeal for me.Quote

Warchild
Quote:
I like the genre, but it felt a carbon copy concept of Skyrim just with a different setting. Fallout was also something I couldnt get into. That and the terrible engine resulting in pinball objects when going over 120fps. Much like Assassin Creed pre black flag.Quote

AlienALX
Quote:
Yeah the FPS thing has been a problem since day one. I'm hoping they have fixed that also, because the game was tied to the engine in a way and if you went over 60 FPS it broke the game. If you tried to enter a terminal it would get stuck in an endless animation.

It's not a copy of Skyrim. The Fallout story began long before any ES game. Obviously if you play both games then you are going to feel a similar thing given they were both made by Bethesda.

It's literally down to theme and story. I personally don't like Skyrim. Or The Witcher. I prefer the more miserable dark theme of fallout and the dark sense of humour and satire. I've never been into dragons and dwarfs etc it's just not for me. Never seen a single Harry Potter or LOTR movie and never read The Hobbit as a kid.

So it now just comes down to catering to everyone.Quote

Warchild
Quote:
If I remember right, you could trigger game exploits by taking advantage of the bugs created when over 100fpsQuote
Reply