Ethereum's drop in value should be refreshing news for gamers

Great news for gamers, the value of crypto is falling

These decreases in value should come as great news to PC gamers, many of which are frustrated at the current state of the GPU market, as cryptocurrency mining has had a major impact on the world's supply of graphics cards. Demand from cryptocurrency miners has contributed to today's inflated graphics card prices and has made it difficult for gamers to get access to gaming hardware at reasonable prices. 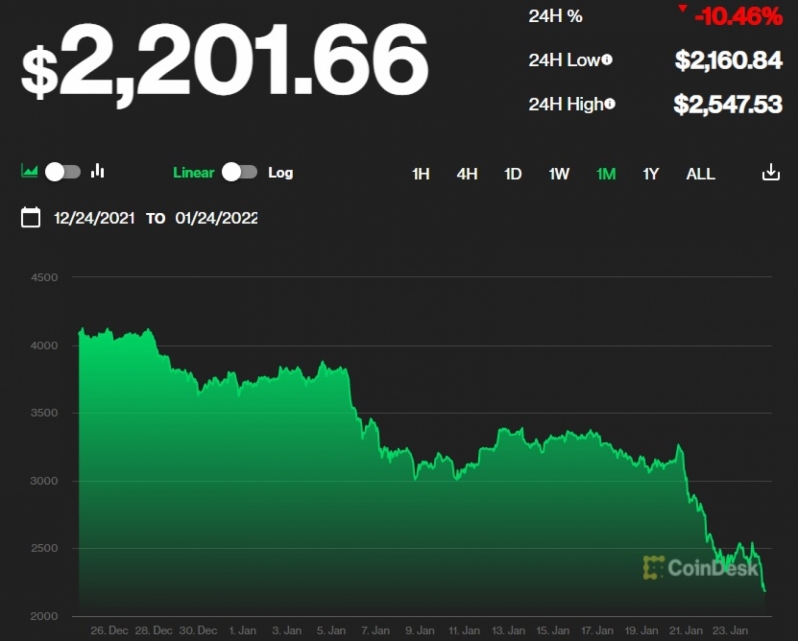 As it stands, cryptocurrencies like Bitcoin and Ethereum are ecologically devastating, requiring huge amounts of electricity to produce and maintain. This electricity use is responsible for the creation of a huge amount of greenhouse gases. Beyond that, there is the ecological impact and wasted resources that are associated with the creation and disposal of cryptocurrency mining hardware, and their contribution to the world's semiconductor shortage.

For the PC gaming market, cryptocurrency mining has contributed to a graphics card shortage that has lasted for almost 18 months. This has led to dissatisfaction amongst gamers, and is actively destroying PC gaming has a hobby. As a PC enthusiast, I want Russia to kill off cryptocurrency mining within its borders, and other nations to follow suit.

you can join the discussion on Russia considering a ban on cryptocurrency mining on the OC3D Forums.

Dawelio
Some very good news amongst almost bad ones across the world these days.Quote

Dark NighT
Maybe the bubble is bursting more and more and i can't wait for it to be banned globally so things go back to normal for all of us, instead of going one way for the greed that is money making.Quote
Reply