Overwatch 2 is moving to a 5 vs 5 gameplay style

Blizzard has revealed some fresh gameplay for Overwatch 2, highlighting many of the changes that will be coming to the hero shooter sequel, confirming that the game will be moving its PVP mode to a 5 vs 5 gameplay style.

Overwatch currently offers gamers a 6 vs 6 competitive multiplayer mode, which has proven to be very chaotic given the huge variance in Overwatch's character pool and their individual gameplay styles. Rebalancing multiplayer around 5 players simplifies gameplay and allows Blizzard to reforge character classes to make gameplay more satisfying. With 5 players, tactical play is more important than ever, and the game's lowered player count makes factors like environmental cover a lot more usable.

The core reason behind Blizzard's move to 5 vs 5 gameplay is to make combat easier to read, allowing players to better understand the situation at hand and react accordingly. This change will be useful for gamers playing Overwatch 2 and those who watch streams and competitive gameplay. Simply put, it is easier to track 9 players across a battlefield than it is to track 11.

For tank characters, this gameplay alteration will also allow Blizzard's gameplay designers to make these characters more aggressive than before. With 5 vs 5 map designs, Overwatch 2 will play best with one tank per team, changing how the game will play.

Overwatch 2 will also feature new PVE co-op missions, which will include " Action-Packed Story Missions" and "Replayable Hero Missions", adding more variety to Overwatch outside of the game's competitive multiplayer modes.

Overwatch 2 will deliver updated visuals, new hero characters, new game modes and refined gameplay mechanics. Sadly, Overwatch 2 doesn't have a firm release date, though it is possible that we will hear more about Overwatch 2 at E3.

You can join the discussion on Overwatch 2 on the OC3D Forums. 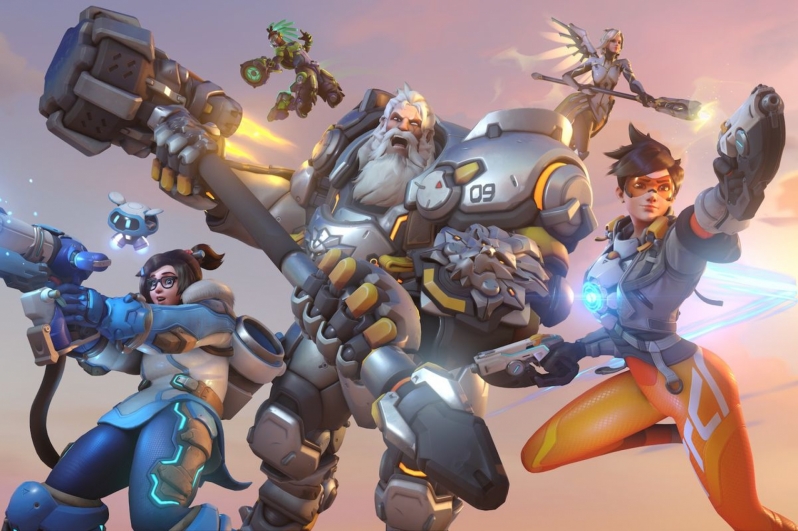 Bagpuss
Didn't even know Overwatch was still 'a thing', TBH.


..but then again I despise online shooters, the endless loop of spawn,die,spawn,die,spawn every 10secs lost its allure long ago.Quote

looz
I don't get it, 6v6 worked really well in OW.Quote

WillSK
Quote:
Yeah agreed, I don't understand the thinking behind eliminating a team member. Allegedly it's to stop the dual shield Meta and speed up the games which is fair enough but surely there were other ways they could've done thisQuote

Warchild
Quote:
All you gotta do is add a class limit to a 6man team.Quote
Reply