Blizzard's Battle.Net Launcher is getting a makeover

Expect a new layout, improved navigation and the ability to split up Blizzard and Battle.net games

Blizzard's Battle.Net Launcher is getting a makeover

Blizzard's Battle.net launcher is getting a redesign, transforming the company's ageing design into something that's better suited to today's requirements.

It wasn't long ago that the Battle.net launcher was exclusively for Blizzard's games, but now it has been expanded to cover all games from the Activation Blizzard collective, quickly swarming the launcher with Call of Duty titles and other additions. Even now, today's Battle.net design is struggling to showcase every game that's available through it. With Diablo 4, Overwatch 2 and more Call of Duty titles in the works, Blizzard needed to rethink their launcher, and that's exactly what they have been doing.

Today, Blizzard has revealed their revitalised Battle.net launcher, offering gamers a new user interface, improved accessibility for Activision and Blizzard titles and the ability to more easily look at game content and the launchers options.

Battle.net should become much easier to use with these changes, and help to accommodate the launcher's growing games library. Below is a list of the launcher's main improvements.

- Improved navigation and layout—you can now favourite your games and arrange them for ease of access
- A much more expansive layout for news and game content in full-page view
- A revamped social pane so you can better see your friends and what they’re up to on each game tab
- Major accessibility improvements—we’ve added the ability to navigate most of the app with your keyboard, increased our screen reader support, and improved the colour contrast
- A new, consolidated notifications hub for messages and download status 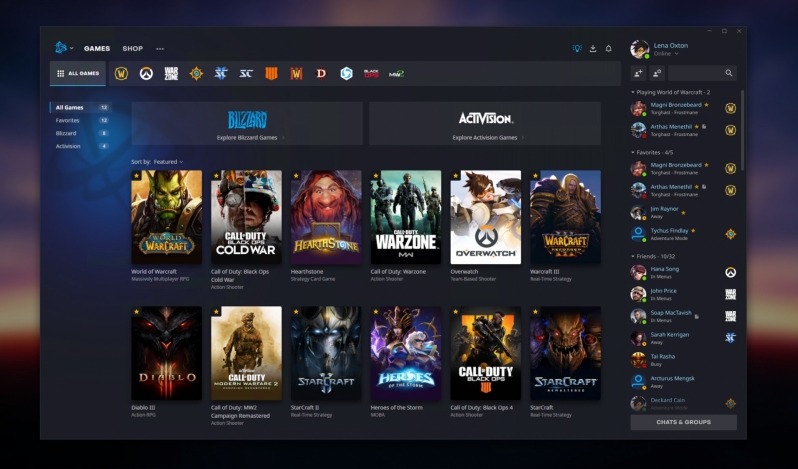 Blizzard is now pushing this new launcher design to their users in North America, confirming that this design will be delivered to more of their customers in the coming weeks. Moving forward, Blizzard plans to add more new features to Battle.net, with today's redesign being the starting point for a new era for the launcher.

You can join the discussion on Battle.net's redesign on the OC3D Forums. 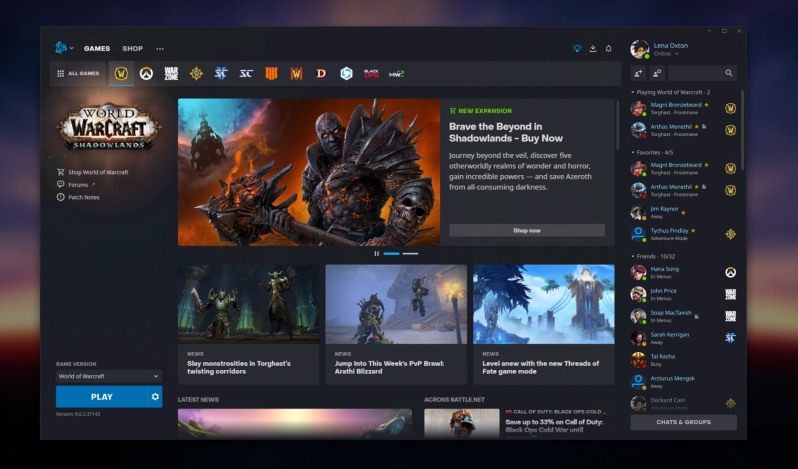 Greenback
So activations version of a storefrontQuote
Reply