Earlier today, Gematsu uncovered a Brazilian rating for World of Warcraft Shadowlands for both PC and Xbox Series X, reigniting rumours that the world's most popular MMO was coming to consoles.

WOW's console rating has since been deleted, but in the process of researching this potential console shift from Blizzard, we uncovered a post from the company which detailed the game's planned gamepad support.

World of Warcraft Shadowlands is due to support gamepads when the game releases later this year, allowing players to bind keys to inputs from gamepads. Specifically, Blizzard has references control systems like the Xbox Adaptive Controller, an input device which will make World of Warcraft accessible to a wider playerbase than ever before.

Microsoft's Xbox Adaptive Controller is designed to meet the needs of gamers with limited mobility, allowing custom input systems to be created for those who cannot use traditional gamepads. By adding support for this control system to World of Warcraft will allow the game to be enjoyed by gamers who require assistive devices. Previously, similar support was supported in World of Warcraft through 3rd party add-ons.

For a long time, we’ve seen a small number of players turn to 3rd party addons, such as Console Port, in order to work through certain accessibility issues.

We always want to make WoW more widely accessible, if possible, so in Shadowlands, we’re attempting to add some support for keybinds, camera, and turning a character on controllers such as the Xbox Adaptive Controller.

We’re glad that the community has felt empowered to make addons tailored to specific needs like this, and we’re going to continue to encourage that as best we can. 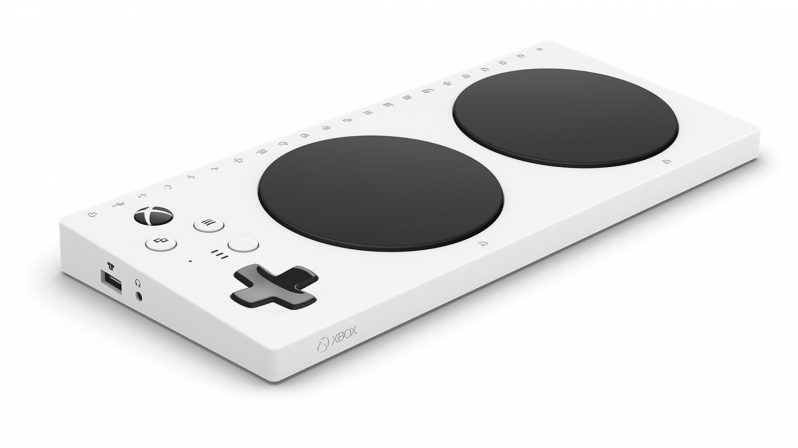 At this time, it doesn't look like Blizzard is planning to release World of Warcraft onto console platforms. Even so, this will always remain as an avenue that the company can explore, especially as console hardware becomes more and more powerful.

You can join the discussion on Blizzard's plans to make World of Warcraft more accessible through Microsoft's Xbox Adaptive Controller on the OC3D Forums.

RobM
Really don't see how this can happen given that you need a large array of keys for all the spells and abilities, at least that was the case when I played years ago.Quote

Warchild
Quote:
There are addons that do it. Push one button and a radial window pops up to select abilities and skills. I guess it will be along those lines, but not 100% efficient.
It gives a fighting chance at enjoyment at least.Quote

Greenback
FFXIV has had it for ages and it works reasonably well, but that game has it in built and a good UI to use itQuote

RobM
Quote:
No way can you raid like that though.Quote

Greenback
Quote:
Depends how well they implement it, though this is the adaptive controller not just a controller never used 1 of those but a normal controller in FF xiv works well enough to raidQuote
Reply