The base game is now free-to-play

Starting today, Bungie's Destiny 2 will be available on Steam, transitioning the game away from Blizzard's Battle.net service. Now, Destiny 2 base game content is available as a free-to-play title on Steam, with both the game's Forsaken and Shadowkeep expansions arriving as paid add-ons for the game.

Battle.net users are no longer able to access Destiny 2 through Blizzard's game client. Destiny 2 has moved from being a Battle.net exclusive to being a Steam exclusive. Since August, PC gamers have had the option to migrate their Destiny 2 account from Battle.net to Steam using Bungie's PC Move webpage.

Bungie's move to Steam will open Destiny 2 to a wider audience of PC gamers, especially when combined with the base game's free-to-play status. Destiny 2's expansions will be available as premium DLC content, limiting what free-to-play players can do within the game.

Dive into the free-to-play world of Destiny 2 to experience responsive first-person shooter combat, explore the mysteries of our solar system, and unleash elemental abilities against powerful enemies.

Download today to create your Guardian and collect unique weapons, armor, and gear to customize your look and playstyle.

Experience Destiny 2’s cinematic story alone or with friends, join other Guardians for challenging co-op missions, or compete against them in a variety of PvP modes. You decide your legend. 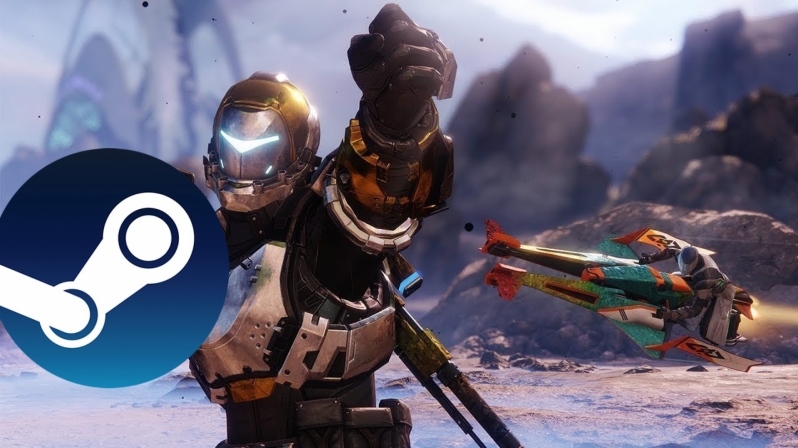 You can join the discussion on Bungie's Destiny 2 being available on Steam on the OC3D Forums.

Dicehunter
Got the digital deluxe but getting disconnects every 2-3 minutes, Going to wait a day or 2 for Bungie and Steam to sort out network issues.Quote

Warchild
Quote:
Im getting the same, so been enjoying the vive. Looks amazing in ED. Bug step up from the Rift gen 1 for me.Quote
Reply