Call of Duty: Vanguard will be offering PC gamers, and current-generation console players (Xbox Series X/S and PlayStation 5) users access to a new "on-demand texture streaming" technology that is said to reduce the game's instal size by 30-50%.

Gamers on all platforms have been complaining about Call of Duty's install sizes for years now, with Call of Duty Warzone updates frequently weighing in at 50+ GB. Warzone alone can occupy over 130GB of HDD/SSD space, making the game a primary reason for storage upgrades for many PC/console storage upgrades.

Sadly, Call of Duty Vanguard's storage requirements are currently unknown, so we cannot comment on whether or not the game will require you to purchase a new HDD or SSD to play it. That said, it is clear that last-generation console users will be getting access to a version of Vanguard that's larger than the game's PC/current-gen console counterpart. Thankfully, we do know that the game's "install size at launch will be significantly below previous Call Of Duty releases."

At this time, it is unknown what technology is being used to compress Call of Duty Vanguard's PC and current-generation console versions. Some have speculated that this technology uses internet streaming for some assets, though this technology is more likely to be based on asset compression and the powerful decompression capabilities of modern PCs and consoles. 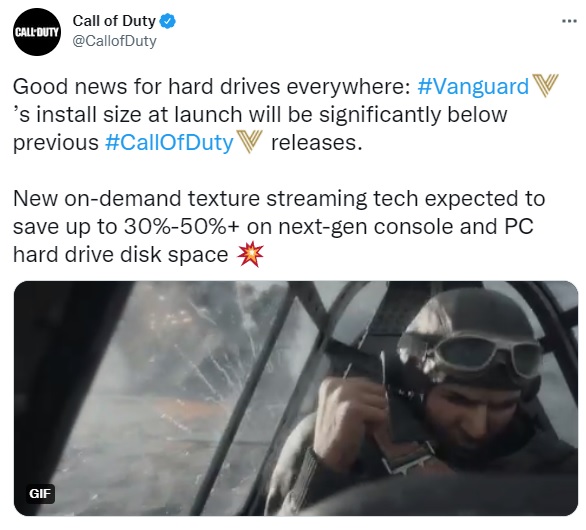 You can join the discussion on Call of Duty: Vanguard's reduced storage requirements on current-generation hardware on the OC3D Forums. 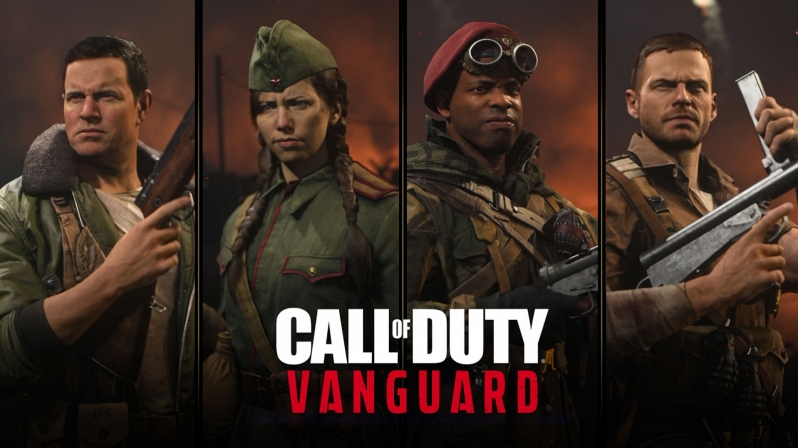 NeverBackDown
50% of 250GB is still 125GB. And it's still way to much for a plain battle Royale.Quote

NeverBackDown
True but the BR will consume most of the storage requirement and it's nothing special.Quote

dazbobaby
Just stop making so many damned weapons skins and player skins, and go back to an initial payment model instead of FTP. Does a model really need an entirely new model and skin for each skin made? They might not be doing it that way, but it sure feels like it.

It'll probably help reduce some of the hackers too.Quote
Reply