Call of Duty: Warzone has gained over 6 million players in 24 hours

That beats the records set by Fortnite and Apex Legends

Call of Duty: Warzone has gained over 6 million players in 24 hours

Activision has confirmed that over six million gamers have downloaded and played Call of Duty: Warzone, the company's new free-to-play Battle Royale title.

This success highlights how powerful the combination of a successful IP, Call of Duty, can be when paired up with a free-to-play experience and a popular gaming format. These numbers came from all versions of the game, across PC, PlayStation 4 and Xbox One.

Over time, this number is expected to grow further, though only time will tell if Warzone will be able to reach the same early hights as EA's Apex Legends, which gained 25 million players within a week.

Over the next few days, we hope to release a performance analysis of Call of Duty: Warzone on PC, complete with recommended graphical settings and other useful information. 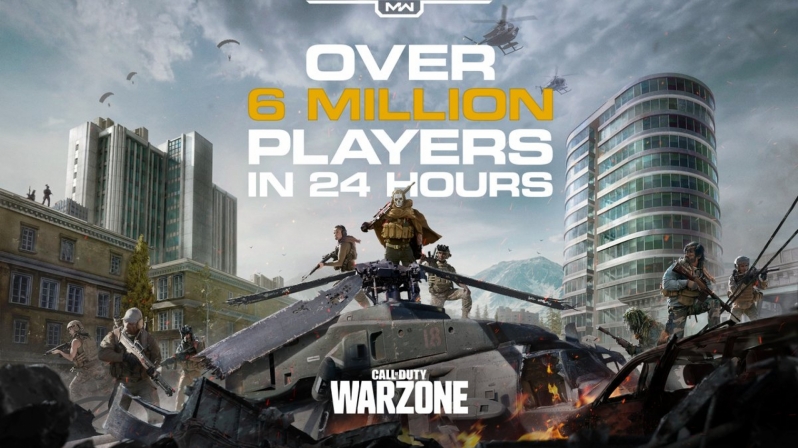 You can join the discussion on Call of Duty: Warzone gaining over 6 million players in 24 hours on the OC3D Forums.

NeverBackDown
Well to be fair the game already had a playerbase playing the game.Quote
Reply