CD Projekt Red has released a video apologising for how Cyberpunk 2077 launched on last-generation consoles, with co-founder Marcin Iwinski stating that they 'underestimated the task' of bringing Cyberpunk 2077 to those systems.

In the video, CD Projekt Red committed to addressing the issues present in all versions of Cyberpunk 2077, releasing an update and DLC roadmap for the game, including free DLC packs, next-generation updates and more. PS5 and Xbox Series X/S system owners can expect to see the next-generation versions of Cyberpunk 2077 to launch in the second half of 2021.

CD Projekt Red discusses many of the topics that gamers wanted to be addressed within the video below, such as why console review codes were released after the PC version and why the game released in such a poor state on consoles.

CD Projekt Red has been forced to reconsider Cyberpunk 2077's short-term DLC plans, pushing back DLC content and the game;'s next-generation versions to continue working on the game's existing versions. CD Projekt Red has also released a detailed FAQ that explains a lot of their decisions. This FQ can be read here.

You can join the discussion on CD Projekt Red's commitment to fixing Cyberpunk 2077 on the OC3D Forums. 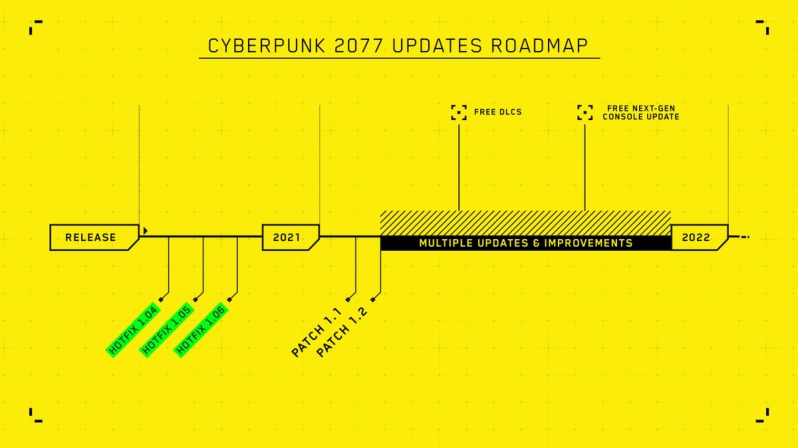