Expect to see some gameplay on August 30th

CD Projekt Red has announced that they plan to showcase 15 minutes of Cyberpunk 2077 gameplay in an upcoming livestream, showcasing an edited version of the company's Gamescom 2019 demo build. This build was only shown to members of the press, making their upcoming stream the first public viewing of Cyberpunk 2019 since its initial gameplay reveal.

Next week we’re going to host a stream during which we’ll unveil a 15-minute edit of what we’ve been showing to journalists and gamers here at gamescom, and then interview devs from the studio for additional information on what you just saw. Expect a lot of insight into the thought process behind creative decisions, information about Pacifica—one of the districts of Night City—and TONS of stuff on playstyles you’ll be able to adopt when you launch Cyberpunk 2077 next year.
This stream will be available for everyone to watch, so all of you, wherever you are, have a chance to feel
a bit of gamescom — or any other trade show — at home. Hosting the entire thing will be our very own Hollie Bennett, our UK head of comms, and the dev line up will include some familiar faces you know and like.
There’s one additional announcement we have for you: we initially planned to showcase gameplay at
PAX West, but there’s been a change of plans, and we’ll be streaming from Warsaw. The PAX cosplay contest is still on; we just won’t have the dev panel on-site this time around. There are many logistical
(and some creative) reasons behind this decision, but the most important thing we want to say is that we’re sorry for the change of plans. We know that many of you waited to meet us face to face in Seattle and it bums us out that we won’t be able to see each other there.
Watch the stream August 30th, 8PM CEST (11AM PT) on the official CD PROJEKT RED Twitch and Mixer channels. 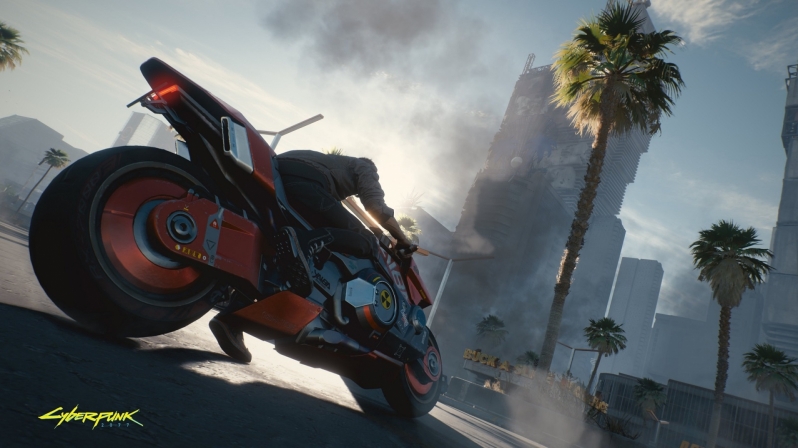 You can join the discussion on Cyberpunk 2077's next gameplay livestream on the OC3D Forums.

NeverBackDown
Also heard from a different site you can't beat the cops. So it's kinda different. It makes you play differently as consequences could be deadly. Hope they confirm that in the stream.Quote
Reply