Chernobylite has just recieved a free "Enhanced Edition" update on PC, updating the PC version of the game to bring it in line with the game's new Xbox Series X/S and PlayStation 5 versions. Visually, the game now features tessellation and ray tracing, making Chernobylite look better than ever on PC.

Content-wise, Chernobylite's Enhanced Edition update adds to the game new activities and events under the "Memory of You" title, and a new Tactical Crossbow weapon to enable silent close quarters combat.

On PC, Chernobylite already supported Nvidia's DLSS technology, and with the game's enhanced edition update, ray tracing had been added to add realistic reflections and level lighting to the game. Tessellation has been used to make the game's trees more realistic by adding to them much more detail. Regarding the game's updated visuals, Farm 51, Chernobylite's developer, have stated that players will be able to "notice that difference right away".

Alongside the game's Enhanced Edition update, Farm 51 has also released a new "Post-Release DLC Roadmap" for Chernobylite. In Q2, Q3, and Q4 2022, Farm 51 has promised to deliver both free and paid-for DLC content for Chernobylite, giving gamers new reasons to return to the game.

You can join the discussion on Chernobylite's new Enhanced Edition on the OC3D Forums. 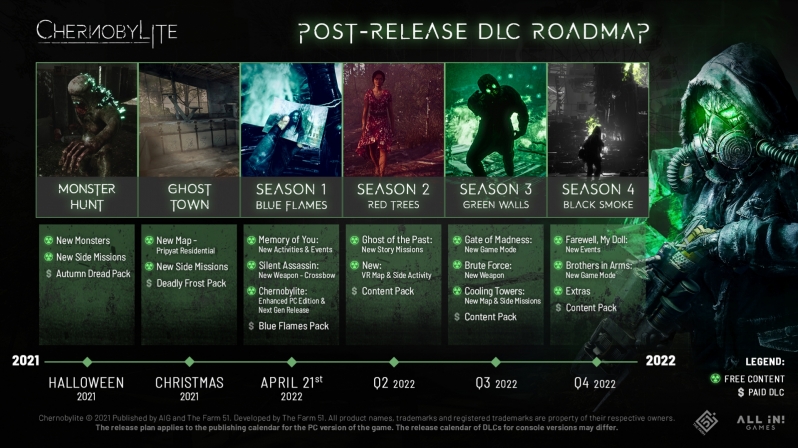