Microsoft has announced that Xbox Cloud Gaming will be coming to Xbox Series X/S and Xbox One in the "Holiday 2021" timeframe, coming to all Xbox Game Pass Ultimate subscribers.

This service will allow Xbox Game Pass Ultimate subscribers to access over 100 games from Microsoft's cloud servers, allowing Xbox One and Xbox Series X/S users to access these games without downloading/installing these games. This allows gamers to join multiplayer games instantly and play new titles before while they are downloaded and installed to their systems.

For Xbox One players, Xbox Cloud Gaming will allow Microsoft's last-generation console users to play next-generation titles through the cloud. Supported titles will include The Medium and Microsoft Flight Simulator, which wouldn't be playable on Xbox One otherwise.

Xbox Cloud Gaming will be limited to 1080p at 60 FPS, allowing Microsoft to support a wide range of devices and consistent performance. Currently, Xbox Cloud Gaming is already available on PC, mobile phones and tablets, and soon Xbox One and Series X/S users will be able to access the same content.

On Xbox consoles, Cloud Gaming will be a new tab within the console's user interface. This will allow gamers to access supported games with as little as two button presses.

You can join the discussion on Xbox Cloud Gaming coming to Xbox consoles this Christmas on the OC3D Forums. 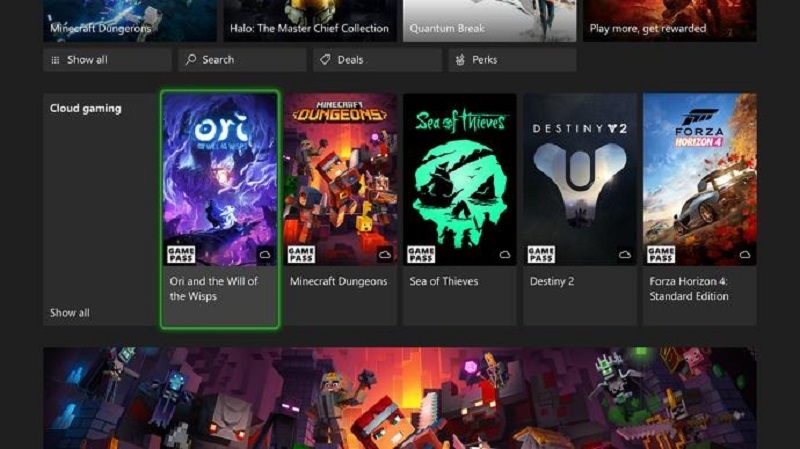