Company of Heroes 3 is releasing next year, and you can start playing it today!

Company of Heroes 3 is releasing next year, and you can start playing it today!

Company of Heroes 3 has been officially revealed by Relic Entertainment, confirming that the game is due to release in late 2022 with gameplay that combines the classic RTS action of Company of Heroes 1 and a turn-based campaign map that's reminiscent of Total War.

Relic has been hard at work on Company of Heroes 3 for many years, and starting today, the game's Pre-Alpha version is available to play on Steam. This Pre-Alpha is designed to help Relic incorporate fan feedback into the final game. This free preview build will be available until 3 am BST on August 3rd.

Below is what Relic has to say on Company of Heroes 3's Pre-Alpha Steam Page.


We intend to gather as much community feedback as we can to create the best Company of Heroes game ever. That’s why we are announcing Company of Heroes 3 more than a year out from launch, providing our fans with a free pre-alpha preview covering a portion of the massive single player campaign.

As commander of the Allied forces, your objective is to lead your forces and capture critical locations in preparation for an assault on the winter line. How you achieve this goal is entirely up to you!

This experience provides a glimpse at our single player campaign, providing access to a few key missions in the latter stages of the Italian theatre. Please note that this Pre-Alpha Preview does not commence at the start of the full game campaign, hence it’s tutorial and first-time user experience is limited.

The process is simple (We joined the pre-alpha within a few minutes). First, Steam users must sign up for a free Relic account on the Company of Heroes website. Then, players need to verify their accounts and link their existing Steam account to their Relic Account. After that process is complete, Steam users can then gain access to Company of Heroes 3's Pre-Alpha build.

You can join the discussion on Company of Heroes 3 on the OC3D Forums. 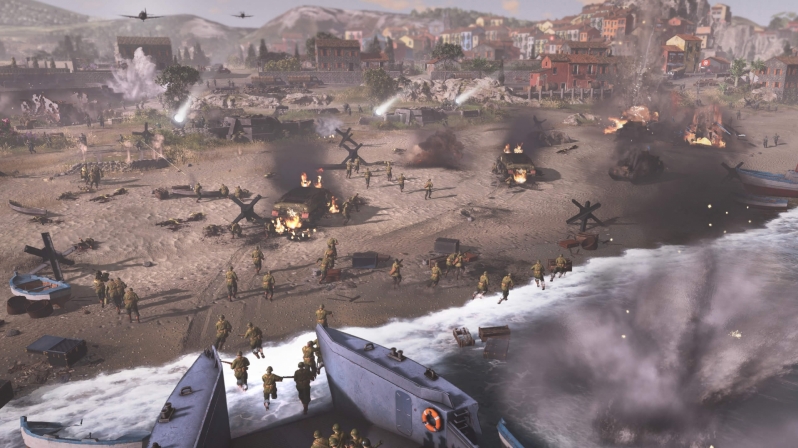 NeverBackDown
Has anyone enjoyed it so far? I haven't had time to try it outQuote