The world of RGB lighting has factions, with every brand having its own unique software suite to control its RGB/ARGB implementation. We have Corsair iCUE, NZXT HUE, MSI Mystic Light, ASUS Aura Sync and many others, but today we see two of the largest RGB software suites take a major step towards interoperability.

Corsair has announced that its iCUE software suite can now support ASUS Aura Sync compliant motherboards, allowing users of Corsair and ASUS products to control their RGB lighting setup from a single app. This includes independent control of each LED on your motherboard, though at this time it does not extend to ASUS' Aura Sync graphics cards. RGB LED strips attached to ASUS Aura Sync Compatible motherboards are also supported through iCUE (though only in single colour modes).

This support comes via an ASUS plugin for iCUE, which is currently available in beta form. This support is due to improve over time, adding support for ARGB LED strips and, hopefully, ASUS' RGB-compatible graphics cards. Even so, direct motherboard RGB control through iCUE is already a huge achievement.

At this time, Corsair's Aura Sync plugin for iCUE is available to download on Corsair's forums, complete with a list of compatible motherboards and installation instructions. You can find out more about Corsair's support for ASUS Aura Sync support here. 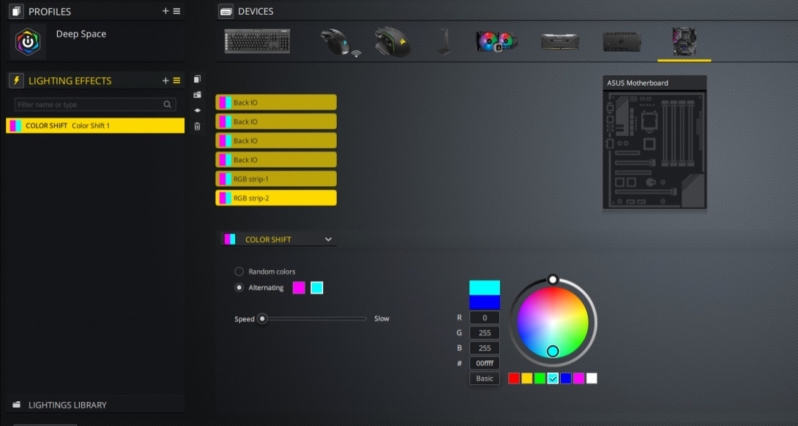 You can join the discussion on Corsair's iCUE support for ASUS Aura Sync Compatible motherboards on the OC3D Forums.

Warchild
I hope this is done better than what MSI came out with.

MSI have done this with mystic light that overrides iCue and causes a mess.Quote

AlienALX
I hope it works. Kinda worried about my dom plats.Quote

Warchild
Just tested on my asus board. It works very well!

Additional that means Z270 ASUS boards are compatible which were not in the list provided.Quote

Warchild
Quote:
I installed the ASUS plugin and use iCUEQuote
Reply