Patch 2.1 for Crysis Remastered has been released, and it has added Nvidia's DLSS technology to the title. This feature allows Geforce RTX users to utilise the AI performance of their graphics cards to achieve higher framerates using Nvidia Deep Learning upscaling technology.

Alongside DLSS, Patch 2.1 for Crysis Remastered adds many bug fixes to the game, though Crytek has reported that distant textures may be blurry with DLSS enabled. This suggests that Crytek plans to release more patches for Crysis Remastered in the future, addressing the game's known issues.

Nvidia's DLSS technology is designed to upscale games from lower resolutions to higher resolutions, delivering Geforce RTX graphics card users a hefty performance boost. We hope to test Crysis Remastered's DLSS implementation soon to see how much impact the feature has on the game's performance.

Another improvement to Crysis Remastered is an update to the game's tutorial descriptions in all languages, making the game a lot easier to learn for newcomers. Fixed issues also include changes that will prevent the game from crashing in the Crysis' Reckoning and Exodus - Sphere missions. 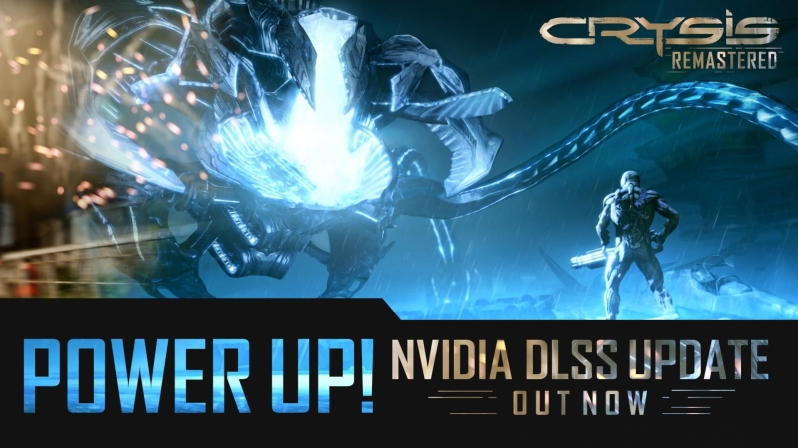 You can join the discussion on Crysis Remastered's latest update adding DLSS to the game on the OC3D Forums.

- DLSS by Nvidia has now been added to Crysis Remastered.
- Improvements made to the tutorial descriptions in all languages. Many placeholders and incorrect prompts have been corrected.

- Some distant textures can appear to be blurred textures when DLSS is switched enabled.
- In some cases, you may encounter motion blur issues on some systems. Deactivating motion blur will resolve this matter.
- The windows for civilian trucks may have yellow windows when Raytracing is set to “Very High” or “Can it Run Crysis”.
- Anti-Aliasing is disabled with DLSS by design. However, the menu will still show that it is set to active when DLSS is enabled.