Crystal Dynamics, Eidos-Montreal, and more have been acquired by the Embracer Group for $300 million

Square Enix has divested from many of its Western Studios

Square Enix has confirmed that they have sold Crystal Dynamics, Eidos-Montréal, and Square Enix Montréal to the Embracer Group for $300 million. This move has divested Square Enix from many of its western studios, re-centring the company around its core Japanese studios.

Alongside these three studios, the Embracer Group has purchased a catalogue of IP from Square Enix, including the Tomb Raider, Deus Ex, Thief, Legacy of Kain IPs. Additionally, Embracer has also purchased 50 unnamed "back-catalogue games".

Square Enix has stated that this sale will allow the company to launch new businesses and move forward with "investments in fields including blockchain, AI, and the cloud." Square Enix has also expressed interest in "maximizing the worldwide revenue generated from future titles launched by the group’s studios in Japan and abroad."

Based on Square Enix's comments regarding its future, it looks like the company has sold the IP and studios that the company believes is not profitable enough. Recent releases from Crystal Dynamics, Eidos-Montréal have sold below Square Enix's expectations, with Marvel's Avengers, and Marvel's Guardians of the Galaxy being a prime examples of this.

With Square Enix discussing blockchain and profit maximisation, Square Enix appears to be moving in a direction that many gamers will not like. To say the least, Blockchain in games has been an unpopular concept, and in a sense it is a good thing that the Embracer Group's newly purchased IPs and studios will get to avoid this transition. 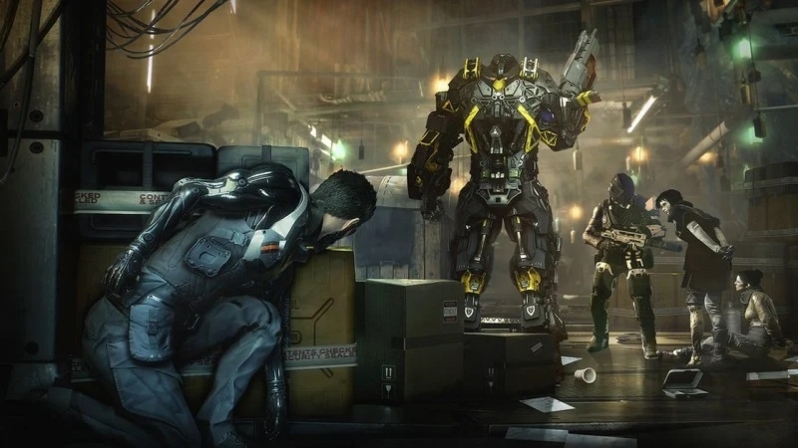 Square Enix has never been happy with how its western studios had performed financially. While their games have been popular, they have never met Square Enix's high expectations. It is undeniable that Crystal Dynamics, Eidos-Montréal, and Square Enix Montréal have made great games, but that doesn't matter when your owner expects more profit. Let's hope that the Embracer Group will be a better fit for these studios and their IPs.

You can join the discussion on the Embracer Group acquiring Crystal Dynamics, Eidos-Montréal, and Square Enix Montréal on the OC3D Forums.

meuvoy
Quote:
I just hope they treat the PC ports better than Square did... The amount of bugs and issues on PC releases of Square games that were never patched even years after the release is mindblowing.Quote

Square must be in some real trouble, This is the kind of moves AMD would make during the mid 2010's.Quote

ImprovizoR
Quote:
Yeah, this is unusual. Tomb Raider alone should be worth more than that. At that price, I'm surprised that Sony or Microsoft didn't buy these.Quote

Dark NighT
Im not to familiar with Embracer group, but they not being Square enix helps!Quote
Reply