Crysis Remastered has received its first PC patch, adding additional options to the game, addressing the stuttering that's caused by the game's Ray Tracing options and fixing a large number of minor bugs within the game.

For starters, Crysis Remastered now features lean options, a feature which was present within the original PC release of Crysis. This change brings Crysis Remastered closer to its PC original. Beyond that, Classic Nanosuit controls can now be used with controllers, and shortcuts have been added to make suit power switching faster.

A large number of bugs within the game have also been addressed, such as the game's missing textures when using the game's low texture settings and a bug which caused the game's HDR mode to appear too bright in some cases.

Below are the full release notes for Crysis' 1.1.0 patch. PC gamers can read our full PC Performance Analysis on the game here. Please note that this performance review was written before the release of Crysis Remastered's patch 1.1.0.

· Added Warning box when switching to “Can It Run Crysis” graphic mode, warning players of its heavy performance costs. 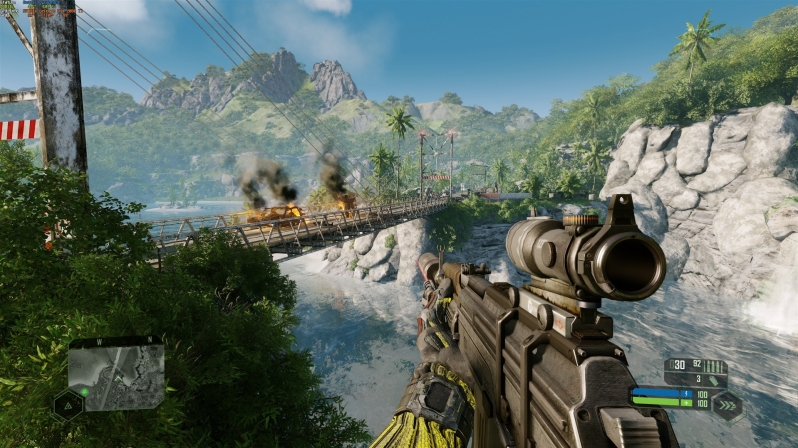 You can join the discussion on Crysis Remastered's patch 1.1.0 on the OC3D Forums.

Bagpuss
I see no entry for:

meuvoy
They can't easily fix that! I bet they just won't!Quote

Warchild
Quote:
This one will change the "can it run crysis" options to some mediocre ones when they realise they can no longer intentionallly gimp systems by ludicrous methods.

Dicehunter
Played this on my friends Epic account yesterday, Not impressed, I played Crysis 1 with Rygels texture pack and a few other little texture updates, Blackfire Mod etc... a few days ago, Minus the update to particle FX, Lighting update and RT on the water, They made very little effort with this game and in some instances the modded original can look better, That's not even taking into account the terrible CPU and GPU utilisation.

Crytek should've done this themselves inhouse and used the newest version of Cryengine, 5.6.6 as of exactly 1 year ago, Used obscenely high res textures and really pushed the envelope in RT, Physics, Lighting, Textures, Water etc... instead of remastering, Remastering is just an easy cash grab playing on peoples nostalgia.Quote
Reply