Cyberpunk 2077's 1.1 patch has arrived - Here's everything it changes

Cyberpunk 2077's 1.1 patch has arrived - Here's everything it changes

CD Projekt Red has released patch 1.1 for Cyberpunk 2077 on all platforms, addressing many bugs within the game while laying the groundwork for future patches.

With patch 1.1, gamers on all platforms can expect a smoother gameplay experience within Cyberpunk 2077, fewer graphical glitches and fewer crashes. One of the main benefits of this patch is a series of memory usage improvements, which should help the game become less memory-limited on last-generation systems.

At the bottom of this article, we have listed everything within Cyberpunk 2077's release notes for patch 1.1. Sadly, this patch does not appear to improve the performance of Cyberpunk 2077, that said, the game's memory-related changes could have an impact on some systems.

Players of Cyberpunk 2077 on PC will have their games updated automatically though Steam, GOG Galaxy and the Epic Games Store.

Patch 1.1 for Cyberpunk 2077 is now available on PC, consoles and Stadia!

In this update we focused on various stability improvements, which you can find outlined in the patch notes below. We will continue this work in patch 1.2 and other upcoming updates. At the same time we will keep fixing the bugs you encounter and listening to your feedback on how to improve the overall game experience. 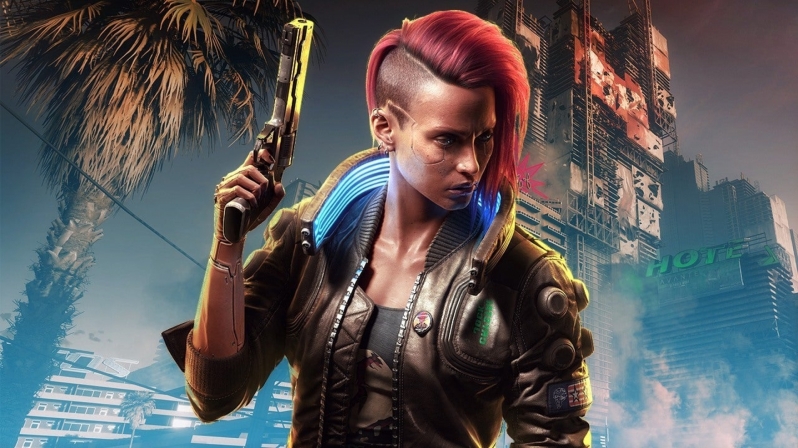 You can join the discussion on Cyberpunk 2077's 1.1 patch on the OC3D Forums.

- Fixed an issue where prompt for exiting braindance could be missing.
- Removed an invalid item from loot.

- Fixed an issue where a grenade's trajectory could be displayed in photo mode.
- Fixed particles' hue appearing pink when viewed close up.
- Fixed cars spawning incorrectly in Reported Crime: Welcome to Night City.

- Fixed an issue where completing one of theassaults in progress in Santo Domingo would sometimes not contribute towards progression for The Jungle achievement, preventing its completion.

- Addressed the issue responsible for saves getting oversized (related to the modifier indicating if the item is crafted), and trimmed the excess size from already existing saves (note: this won’t fix PC save files corrupted before 1.06 update).
- Fixed an issue where input could stop registering upon opening the weapon wheel and performing an action.
- Fixed an issue where the "Continue" button in the Main Menu could load an end game save.

- It will now be possible to obtain achievements while in Steam offline mode. Note: Offline mode needs to be enabled before starting the game. This change does not work retroactively.
- Addressed the game startup crashes related to loading cache on NVIDIA graphics cards.

- Concert audio should no longer be inaudible in Never Fade Away.
- Fixed corrupted textures on several melee weapons.
- Tweaked default deadzone settings to be more responsive. Note: the change will not affect settings unless they’re set to default.

Vipermk2
Exploits are still in the game though, but they might be leaving them in on purpose.Quote

Gothmoth
hotfix because of a story bug this patch introduces will follow soon.Quote

Bartacus
I'm tempted to get a refund on this game and pick it up again in a year when it's half-fixed for cheap on a Steam sale.Quote
Reply