Cyberpunk 2077's 1.21 Hotfix update has been released for PC, Stadia and consoles

Cyberpunk 2077's 1.21 Hotfix update has been released for PC, Stadia and consoles

While the patch notes for this update are extensive, update 1.21 should be considered a minor update for Cyberpunk 2077. The patch does little to improve the game's performance and provides games with no benefits outside of increased stability and fewer bugs.

Most major bug fixes in Hotfix 1.21 address issues that have harmed game progression for some players, allowing players to continue Cyberpunk 2077's story. At the base of this article, we have included full patch notes for Cyberpunk 2077's hotfix 1.21.

Moving forward, CD Projekt Red has confirmed that they plan to continue updating Cyberpunk 2077 well into the future, adding new features while addressing all known issues with the game's current versions. CD Projekt Red hopes that they can turn Cyberpunk 2077 into a long-term success for the company, becoming a game that will continue to sell well for years to come. 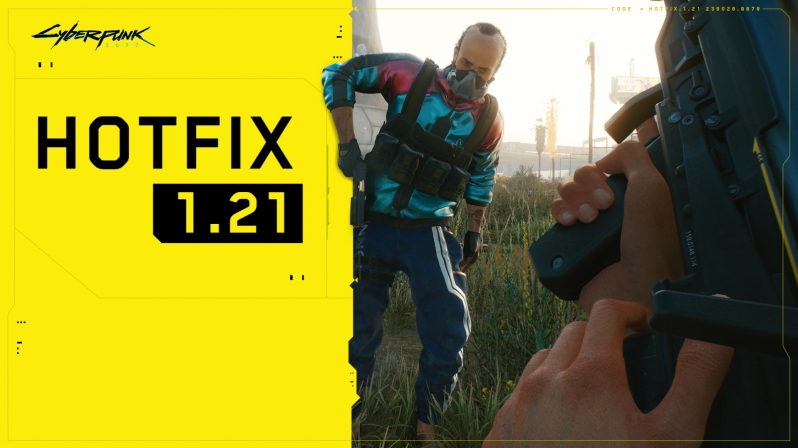 You can join the discussion on Cyberpunk 2077's Hotfix 1.21 update on the OC3D Forums.

In this update we focused on further improving the overall stability of the game and fixing the most common issues that could block progression. Here's what changed:

- Added back the icon above NPCs, who are under the Distract Enemies quickhack effect.
- Scanning UI is now less cluttered.
- Fixed an issue where Japanese/Traditional Chinese text could disappear if the player changed the interface language from English to one of these languages.

- Players should now be able to select stickers in Photo Mode using the Circle button in the Japanese version of the game on PlayStation 4.

- Fixed some graphical issues on a bridge in Mikoshi in Belly Of The Beast/Changes.