Are you ready to enter Night City?

Cyberpunk 2077 is based within Night City, a location within the United States after the world has been ravaged by nuclear war and economic collapse. As the world becomes more chaotic than ever, more and more people are flocking to the already overcrowded cities in search of new opportunities.

Players will take control of V, a mercenary who steals and later implants a prototype biochip into their brain, projecting the digitised soul of Johnny Silverhand (Keanu Reeves) into their mind.

As the game progresses, players will upgrade their bodies, develop new skills and explore the huge open world that is Night City. Player decisions will impact how the game's story plays out, a factor which should give gamers no shortage of replay opportunities.

Cyberpunk 2077 will release on PC, Xbox One, PlayStation 4 and Stadia on December 10th. The game will also be playable on Xbox Series X/S and PlayStation 5 through backwards compatibility mode.

You can join the discussion on Cyberpunk 2077's latest trailer on the OC3D Forums. 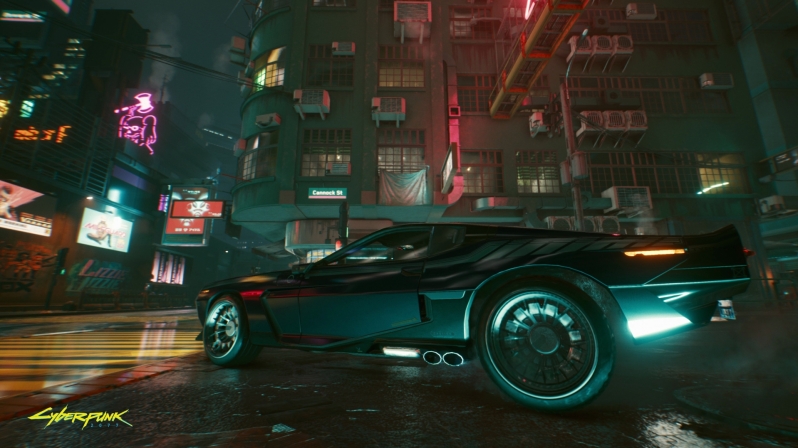 Linchpin
I'm totally over this game at this point. All their attempts to hype people up seem to have had the exact opposite effect on me and the multiple delays haven't helped. Will probably only pick it up on sale once they've patched the inevitable myriad of bugs an open world game like this is bound to ship with.Quote

KingNosser
I'm ready PS5 controller ordered, i like a pad for cars in general more relaxing via the steam link on the couch with the big screen and surround sound

I'm still excited for the game only been watching the videos the last few weeks so avoided all the build up and the delay hasn't really phased me tbh.Quote

AlienALX
I always use a controller for RPG. Mostly because of the hours they devour. It's far less comfy using a KBM for 10 hour sessions.

My hands start to go numb on PUBG after about three hours. I wouldn't even dream of playing FO games with a KBM.Quote

KingNosser
Quote:
You need to set steam as beta client everything works, other than the newer side of things like haptic support so functions as a controller much the same as the DS4. Did read a comment that if you send audio to the controller that haptic will function thou not sure how to do that myself, steam will see it as a DS4 controller atm they are still working on full support as no offical sony drivers for PC atm.

I should have it within the hour just waiting on Yodel, but PC gamer did a small peice of news on it yesterday.

tested it with wreakfest all working fine, does feel comfy

it weights a fair bit more than the DS4 thou.Quote
Reply