Cyberpunk 2077's PC system requirements have been released - Can you run it?

Does your PC need a Cyber-Upgrade?

Cyberpunk 2077's PC system requirements have been released - Can you run it?

Most PC gamers will be thankful to know that Cyberpunk 2077's system requirements are modest, though it is worth noting that the game will support features which are designed to decimate the latest and greatest hardware. This game will support DXR raytracing.

Cyberpunk 2077 will run using the DirectX 12 API and recommends strong quad-core processors like Intel's i7-4790 and AMD's Ryzen 3 3200G. 12GB of system memory is recommended, though systems with as little as 8GB of memory will be able to run the game. 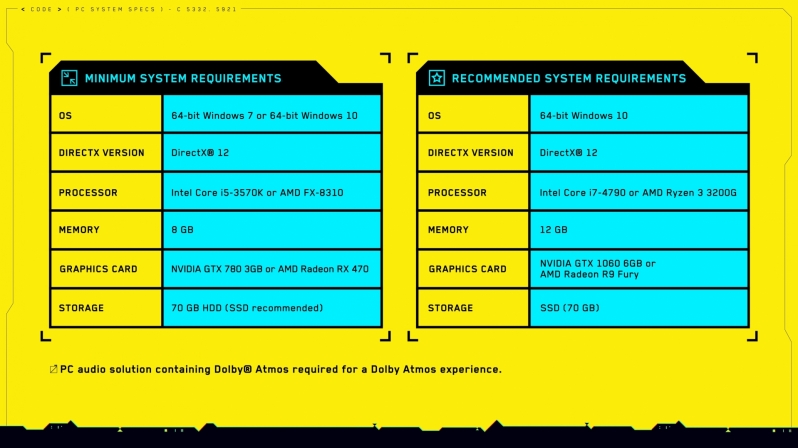 You can join the discussion on Cyberpunk 2077's PC system requirements on the OC3D Forums. 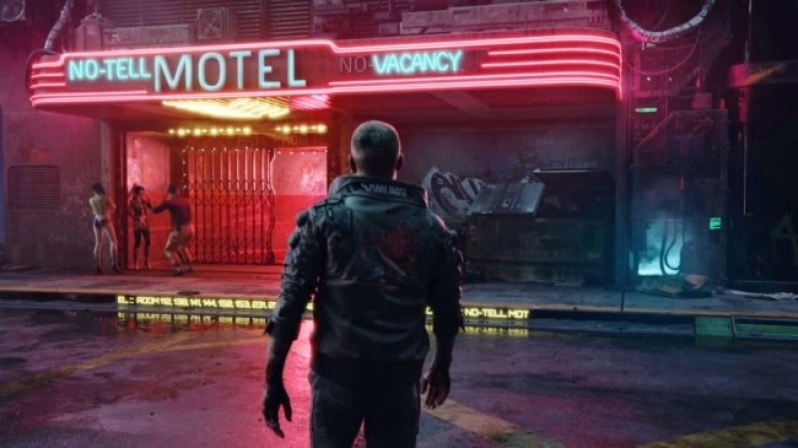 Dicehunter
R9-Fury ? That's quite an odd choice in card, I would've thought its tiny amount of VRAM, And generally low performance, Would hinder Cyberpunk due to its use of very high res textures.Quote

AngryGoldfish
Quote:
Yeah, it's an odd card to choose seeing as barely anyone actually bought one.Quote

KingNosser
look at them sexy pixels