Cyberpunk 2077 has been available on PC for almost two weeks, and many gamers are disappointed at the game's lack of character customisation options after character creation. In 2077, hair cuts and hair styling are not an option, which is strange because hair cuts were an option within The Witcher 3, CD Projekt Red's last RPG.

Thankfully, the PC modding community has already created a workaround for this problem, creating a tool that can modify the appearance of player characters. Using Admiral's Arasaka Appearance Updater, PC gamers can update V's appearance with a new hairstyle and different facial features. At this time, this mod is limited to altering V's hairstyle and some facial features. Changing V's body type, hair colour and "everything else" is currently impossible. 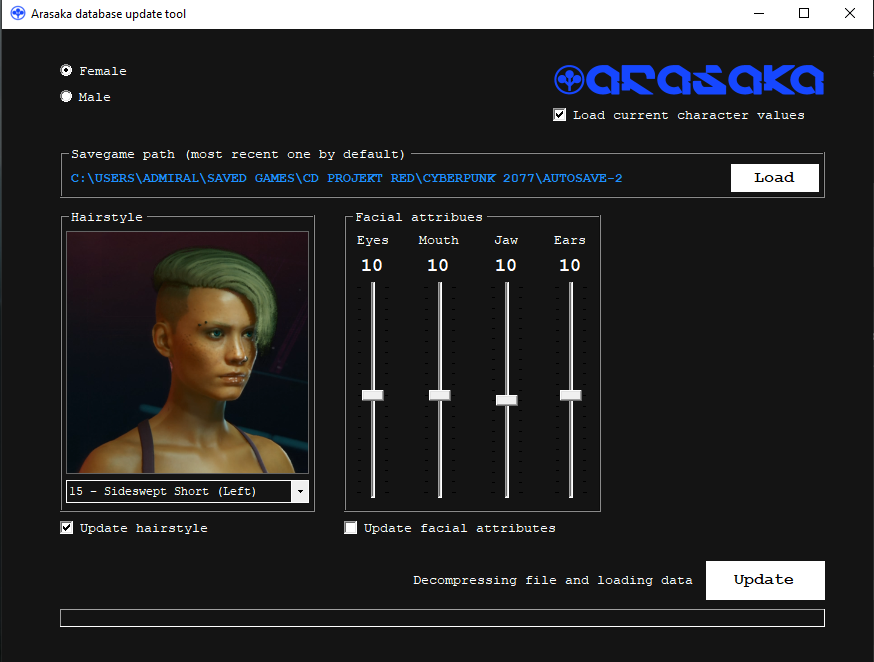 You can join the discussion on Admiral's Arasaka Appearance Mode for Cyberpunk 2077 on the OC3D Forum.