Dark Souls 3's Online Functionality has been restored on PC

After six months, Dark Souls 3's online functions have been restored on PC

These issues were uncovered shortly before the release of Elden Ring, From Software's newest game, and From Software quickly worked to ensure that similar attack vectors were not present in Elden Ring's launch day version. As such, From Software only started the work required to fix Dark Souls' PC version after Elden Ring was released.

Online features for the PC version of Dark Souls III have been reactivated.

We are working to restore these features for all other #DarkSouls titles and will inform you when they are back in service.

Thank you once more for your patience and support. 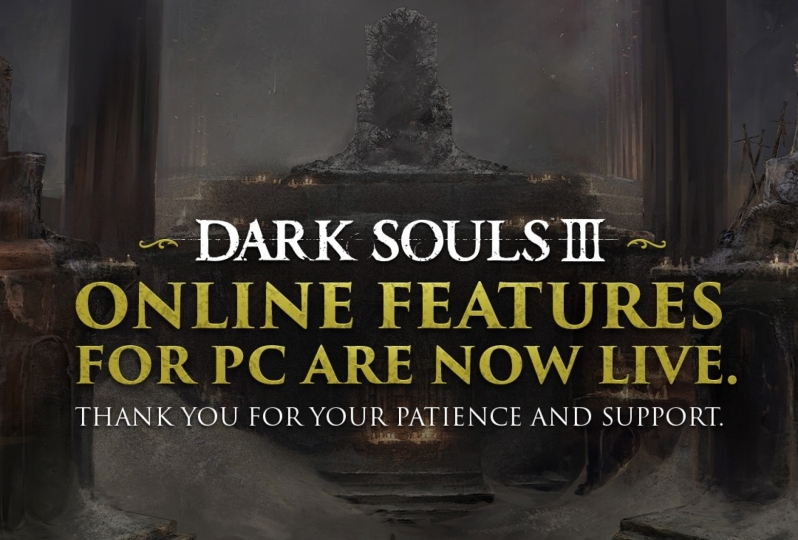 The Dark Souls series is a franchise that benefits greatly from its online functionality, allowing players to see the actions of other players as ghosts in-game, potentially allowing gamers to see traps in advance or hidden passageways that they may otherwise not notice. Players can also leave messages for each other, sharing hints/warnings (or false hints/warnings) for other players. Players can also participate in PVP or co-operative combat thanks to the game's invasion and summoning mechanics, making the game more challenging or easier respectively.

Dark Souls' online functions added a lot of character to the series' overall gameplay experience, and this factor makes the restoration of Dark Souls 3's servers on PC a celebratory occasion for the game's fanbase. Let's hope that it does not take long for Dark Souls 1/2's servers to be restored.

You can join the discussion on Dark Souls 3's online functions being restored on the OC3D Forums.