Dead Space's CPU requirements have been released, and they are high

Dead Space is returning to PC in early 2023

This week, EA Motive released some early system requirements for Dead Space on Steam, revealing relatively high recommended CPU requirements for the game, listing AMD's Ryzen 5 5600X and Intel's i5-11600K. The AMD 5600X is a current-generation AMD processor (though their Ryzen 7000 series is launching soon), and Intel's i5-11600K released last year. Both of these processors are relatively new, suggesting that Dead Space will require a lot of CPU grunt to run well on PC.

Sadly, Dead Space's remake currently lacks GPU requirements, though we can guess that they are on the high side, as the game is launching exclusively on current-generation platforms. Dead Space's remake is not coming to PlayStation 4 or Xbox One consoles, making the Xbox Series S the weakest system that the game will be made available on.

The sci-fi, survival-horror classic Dead Space™ returns, completely rebuilt from the ground up to offer a deeper and more immersive experience. Harnessing the power of the Frostbite™ game engine, this remake brings jaw-dropping visual fidelity, suspenseful atmospheric audio, and improvements to gameplay while staying faithful to the original game’s thrilling vision.

Isaac Clarke is an everyman engineer on a mission to repair a vast Planet Cracker-class ship, the USG Ishimura, only to discover something has gone horribly wrong. The ship's crew has been slaughtered and Isaac’s beloved partner, Nicole, is lost somewhere on board.

Now alone and armed with only his engineering tools and skills, Isaac races to uncover the nightmarish mystery of what happened aboard the Ishimura in hopes of finding Nicole. Trapped with hostile creatures called Necromorphs, Isaac faces a battle for survival not only against the escalating terrors of the ship but his own crumbling sanity. 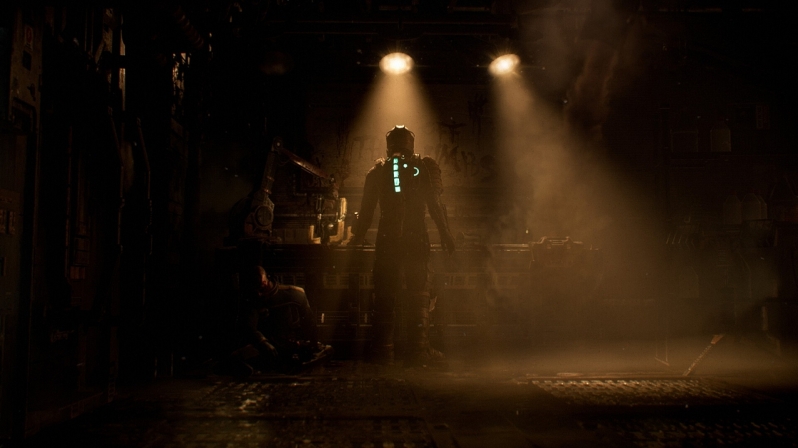 Below are Dead Space's PC system requirements as they are currently listed on Steam.

You can join the discussion on Dead Space's CPU requirements on the OC3D Forums.


Saddens me that such an inefficient resource hog like UE has become the de facto standard for game Dev's, simply by virtue of it being a 'one stop shop' for getting a game out there.Quote

meuvoy
Quote:
That's the result when the industry tries to get rid of the crunch culture. If that's what it takes I fully support it!

You blaming UE is just innapropriate as UE is just a platform for game development, as any other engine is. It can be heavy if the work is done with lazyness and-or using blueprints instead of C++ coding, but it can also be very efficient if instead of using blueprints and buying ready-made DLLs from hobbyists you just write all your game's systems like you would do in your own game engine. But this defeats the purpose of using UE in the first place, as if you're going to write everything then why not just use your own engine that you don't need to pay license fees on.

This game requires a lot of CPU resources basically because the devs felt comfortable most gamers will have an 8 core CPU or a relatively modern 6 core one. They would do the work if they tought they would lose a lot in terms of revenue because of gamers not buying the game for not having enough hardware prowess to play it. That's the way this industry always worked, there's always one o other game that has a remarkable system or graphical fidelity (because the DEV put the work to make efficient systems with efficient coding) that only many many years later other games will match when he other devs feel that hardware is strong enough for that level of graphics without putting any more effort than they always have on it.Quote

KingNosser
When you think how few good games are coming out atm, faster development is never a bad thing so long as it's targetting a fair chunk of the community so i really don't mind not all games need to run at 120hz + it really depends on the type of game.

Things always move forward and so given the basic requierments on CPU i'd say that is pretty fair if your running older you really should update or goto the console market.Quote

Dicehunter
Quote:
It's really not down to UE being a 1 stop shop, The entire games industry has been aggressively harassed over the last few years, Violently at times with threats of murder becoming the norm, About drawn out development cycles and crunch times due to using inhouse engines and assets.

This is entirely the fault of the online lynch mob.Quote

Avet
Quote:
Actually the game is developed in Frostbite engine.

Also this is one of the very few games that wasn't developed for the old consoles giving the devs freedom to go nuts and utilize modern hardware and not waste time on trying to support dead consoles. Considering that the "New" consoles are in 2600X performance territory and they usually run a lot of the settings on below very low PC settings it is to be expected that minimum PC settings correspond with sorta Console-PC equivalent.

This will probably be how the new games will be released. I am assuming full DX12 support should soon be a requirement. Which in general is awesome, and we will probably see some amazing graphics on PC without old console restrain.Quote
Reply