Deathloop's "Game Update 1" is now available on PC and PlayStation 5, addressing many of the game's early issues on both platforms while delivering performance optimisations and DLSS support to the game's PC version.

On PC, Deathloop's update is now available to download through Steam, weighing in at 11GB. The update makes the game smoother on PC by reducing dropped frames/hitching, and adds to the game new performance optimisations, many of which focus on the game's ray tracing. For Nvidia RTX players, DLSS has also been added to Deathloop, offering gamers an alternative to AMD's FidelityFX Super Resolution.

DEATHLOOP’s first major game update is now available on PlayStation 5 and PC. Game Update 1 (approximately 11GB on PC) improves several aspects of the gameplay experience, camera smoothness and NPC behaviors. It also resolves several issues that could cause the game to crash. (This update also includes all fixes found in the beta branch.)

Below are the highlights of what’s included in today’s update. We’ve been thrilled to see so many of you enjoying the game, from your gameplay videos to your fan art and your cosplay. We hope you continue to enjoy the game! 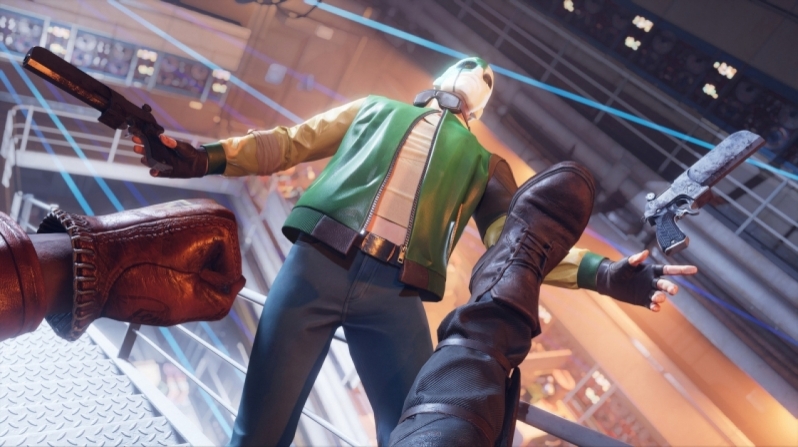 Below are the patch notes for Deathloop's latest PC patch.

- Fixed issues that were causing dropped frames and hitches in camera movement
- Added support for Nvidia DLSS
- Added support for Sony DualSense controller audio
- Added an indicator of poor connection quality in the upper right of the screen (resembles a speedometer with an exclamation point)
- Improved performance and stability, especially with ray tracing
- Improved NPC pathing and reactions to the player
- Improved audio mix quality
- Fixed laser mines, turrets and fireworks for both Colt and Julianna players
- Fixed issue with mouse wheel. Using the mouse wheel to switch between weapons will now work properly and will not cause weapons to be dropped.
- Fixed unlock issue with "Oops" and "Deathday Suit"?achievements
- Fixed issue that could cause Colt's progression to be reset even if player chose 'no' on confirmation
- Fixed crash issue when a player unlocks a feat using Havoc while playing as Julianna
- Fixed Aleksis Dorsey reactions, making him easier to identify among his party guests
- Fixed issue that was causing assassinations to glitch sometimes while playing as Julianna
- Julianna's actions will no longer directly unlock achievements for Colt
- Julianna players will no longer hear radio conversations meant for only Colt
- Fixed issue with leaning inconsistency (inputs will no longer be ignored sporadically)

You can join the discussion on Deathloop's updated PC version on the OC3D Forums.