Destiny 2 is free on Battle.net until November 18th

It's hard to argue with a free game

Destiny 2 is free on Battle.net until November 18th

Destiny 2 is little over a year old on PC, acting as the first Activision game to ever land on Blizzard's Battle.net storefront, paving the way for Call of Duty: Black Ops 4 and other games to enter into the formerly Blizzard'exclusive marketplace.

To celebrate the anniversary of Destiny 2, Activision Blizzard has decided to allow PC gamers to claim a free copy of the game, for keeps, until November 18th, only requiring a free Battle.net account to access.

Is there a catch? Well, only the fact that you need a Battle.net account, though it is worth noting that new accounts will be required to enable Blizzard SMS Protect while their account to redeem their free copy of Destiny 2. This feature is Blizzard's equivalent to two-factor authentication. Free copies of Destiny 2 are available from the Battle.net gift page. 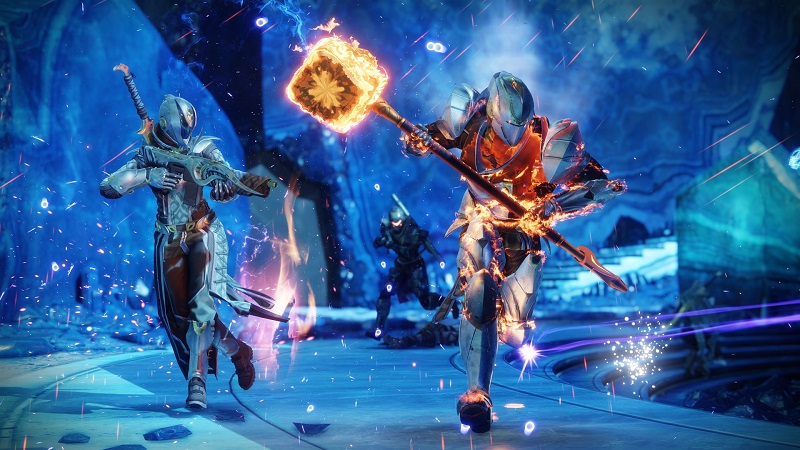 Below are Destiny 2's PC system requirements. Between November 9th and 11th, all Destiny 2 players will be able to try out the game's new "Gambit" mode for free, a mode which will be introduced in Destiny 2's Forsaken expansion.

You can join the discussion on Destiny 2 being available for free on Battle.net on the OC3D Forums.

Excalabur50
battlenet is garbage 10 mins waiting with no download happeningQuote

NeverBackDown
Quote:
Probably updating Battlenet itself. It won't update anything until Battlenet is updated. FWIW my download started immediately.Quote

Wraith
My advice to anyone on the forum entering the D2 fray, enjoy the story and avoid PvP until you are late game. The Veterans are milking the newbs in Crucible.Quote

Warchild
Still trying to decide if Forsaken is worth buyingQuote
Reply