Nvidia's DLSS 3.0 technology will not work on the company's RTX 20 series or RTX 30 series GPUs

While revealing their RTX 40 series of graphics cards (more details here) Nvidia also revealed their new DLSS 3.0 technology, a new iteration of the company's AI super resolution technology that can utilise new techniques to increase the framerates of supported games. This new technology is enabled by the huge boost in AI performance that if offered by Nvidia's new RTX 4.0 series graphics cards and their 4th generation Tensor cores. 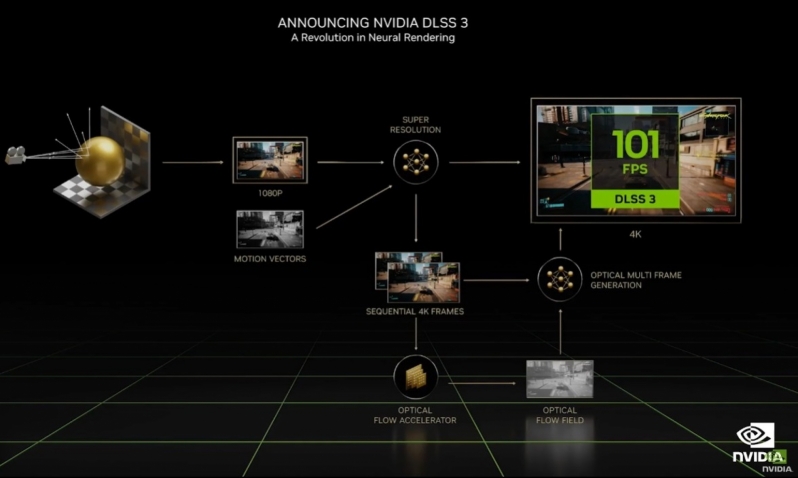 DLSS 3.0 can deliver up to a 4x performance boost over brute-force rendering

Nvidia's DLSS Frame Generation technology is separate from Nvidia's existing DLSS 2.0 AI upscaling techniques, allowing both to be utilised simultaneously using the AI performance of the company's RTX 40 series of graphics cards. This allows DLSS 3.0 to deliver up to a 4x performance boost over native resolution rendering, thanks to DLSS 3.0's framerate doubling potential and DLSS 2.0's AI upscaling.

With Nvidia using currently rendered frames and AI generated frames to effectively double a gamer's framerate, we are concerned at the latency implications of Nvidia's DLSS 3.0 technology. AI generated intermediate frames need to be displayed before a game's current frame, implying that DLSS 3.0 has a latency penalty. With this in mind, it makes sense why DLSS 3.0 also integrated Nvidia's Reflex low latency technology, as this would counteract the latency impact of DLSS' Frame Generation feature. 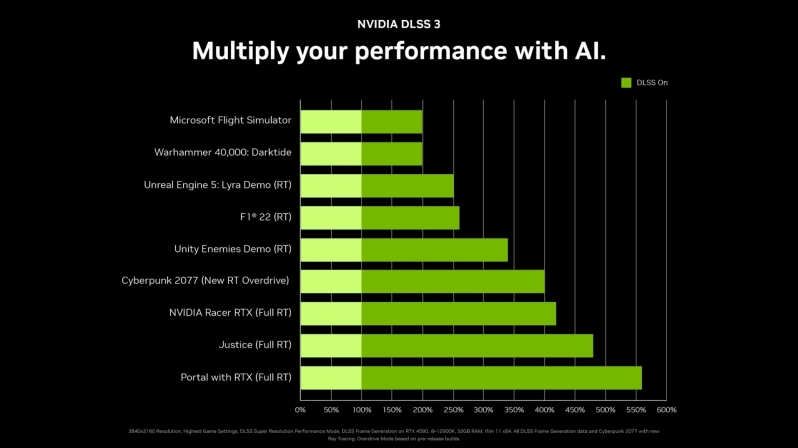 Nvidia has confirmed that DLSS 3.0 will be supported by over 35 games and apps, with the list below including popular engines like Frostbite and Unreal Engine 4/5 and upcoming games like Warhammer 40,000 Darktide, Portal with RTX, and Atomic Heart. 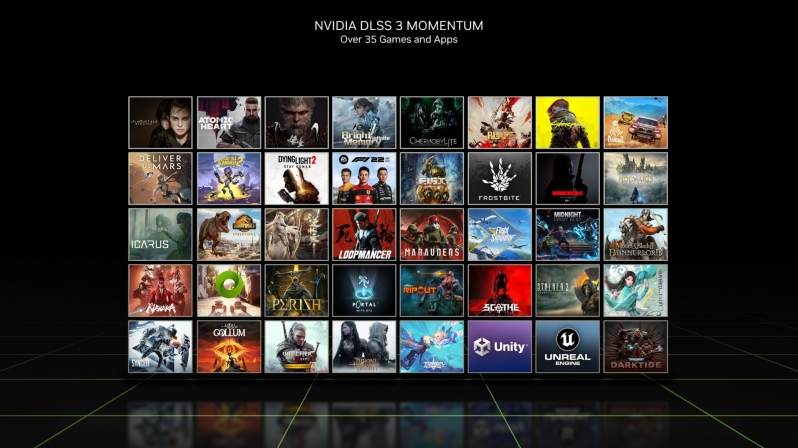 Nvidia's DLSS 3.0 technology will become available in games alongside the company's RTX 40 series of products. Sadly, the feature will not be supported by RTX 30 series or RTX 20 series graphics cards.

You can join the discussion on DLSS 3.0 on the OC3D Forums.

demonking
Shocker, a multi billion dollar publicly traded business puts a price tag on something that could have been given for free
Just remember, there's months worth of 30 series cards in stock and this is would have made them more enticing over the massively over priced 40 series.
My money is on that this will either get released for older cards once the 30 series cards are sold through or if amd can get fsr running nearly as efficiently.Quote

AlienALX
Quote:
It won't work on older cards according to them. It has specific hardware on the die for it. Without it it won't work.

Now whether there is a workaround or a hack? remains to be seen.

TBH looking at the quality of it? I wouldn't want to rely on it any way.Quote
Reply