Dying Light 2: Stay Human will use Denuvo on PC

Earlier this week, Techland updated the Steam page for Dying Light 2 to confirm that the game would feature Denuvo's anti-tamper technology on PC when it launches tomorrow on Fabruary 4th.

This surprise reveal of Denuvo utilisation has understandably annoyed many of the PC gamers who pre-ordered the game, many of whom voiced their complaints on the Steam Forums. In a response to those gamers, a Techland representative posted the following comment.

When it comes to Denuvo -

Dying Light 2 Stay Human was in development for seven years; throughout that period, over fifteen hundred people invested their time and talent into making the game. To protect the efforts of the whole team from piracy we suffered when we released Dying Light 1, we’ve included the Denuvo system, at least for the launch period. It’s a solution used widely for AAA games nowadays.
Being gamers ourselves, we understand your concerns, and we want to ensure that it will not impact your gaming experience. We continue putting extra resources into testing the game, and at this stage, we do not see any noticeable impact on the performance.
We’ll be actively reviewing feedback during the game’s launch.
Do not hesitate to share yours with us too.

Please remember, no matter the side you're on - do not insult other users just because they disagree with you.

In the comment above, Techland has confirmed that Denuvo has no "noticeable impact" on Dying Light 2's performance on PC. Furthermore, the representative stated that Techland added Denuvo to Dying Light 2 to protect the game from the piracy that Dying Light suffered from at launch. 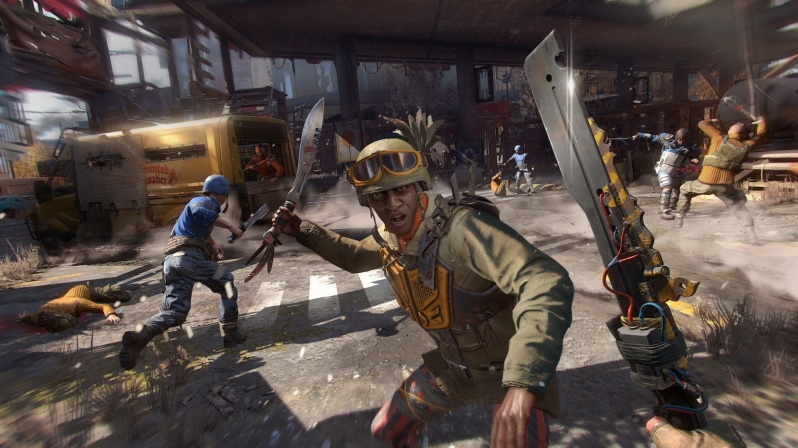 At launch, Dying Light 2 will support both Nvidia's DLSS AI upscaling technology and AMD's FidelityFX Super Resolution feature on PC at launch. The game also supports various ray tracing effects on PC, many of which are not available on the game's PlayStation 5 and Xbox Series X versions.

After Dying Light 2 launches, we plan to test the game and release an article that will show PC gamers how to optimise the game's settings on PC.

You can join the discussion on Dying Light 2's PC version on the OC3D Forums.

Dicehunter
They'll remove it a year after release, That's when I'll buy it.Quote

AlienALX
Quote:
That'll be when it's all patched and worth playing TBF.Quote

KingNosser
Well picked it up, so we'll see not expecting high fps even at 2k for my system but should play fine i think even with DXR turned on

Idk if FSR is a day one thing or not thou, least had a driver update

Update: Only played a short ways in basically intro, loved it

( FSR I have set to balanced )1440p max settings no motion blur all the bells basically I get anywhere from 70fps down to 30fps but smooth enough to enjoy, seems the more foliage there is the more the impact indoor areas being the higher end of fps.

Needless to say I thought Metro Exodus looked good, but this is really a very stunning game, everything looks crystal sharp for me, but fps at native is 30fps and lower without FSR, but saying that it looks very sexy

No thanks. I will wait until they remove Denuvo.

It's bad enough making your GPU shat itself running a ultra modern game but it's kinda depressing that you know FPS are being robbed by even more resources.

To add. I nearly bought this. I had it in my cart on CDKeys for £43. I really don't know what I was thinking. After having done more research it appears that Denuvo was added 2 days before release, and after reviews had been done. I'm kinda smelling Cyberpunk at this point.

When I refreshed the page the CD key in my cart was £49.99. I decided against it. Then I read IGN's review and noted this.

Bug Alert!
If your tolerance for bugs is low, I do not recommend jumping into Dying Light 2 on day one. Or day 10. Maybe day 30? I was able to play it to completion, but only barely: leading up to launch it is absolutely drowning in a sea of upsetting technical issues, whether it’s crashing (which happened to me dozens of times in my more than 80 hours with it on Xbox Series X and to others at IGN on PlayStation 5 and PC), all dialogue stopping during cutscenes, all audio being replaced with a loud screeching noise, getting locked out of quests because a character won’t let you talk to him or being unable to finish because the objective never spawned in, uneven framerates making me seasick, and too many more to list here. Most glitches are temporary annoyances or even amusing wonkiness, but some are more dire – one IGN editor playing on PS5 had his entire save file corrupted, leaving him with a never-ending loading screen and locking him out of his save pending an upcoming patch.

Normally I expect a certain lack of polish in ambitious, open-world games, but even with my expectation for jankiness set to maximum, Dying Light 2 has been really, really rough. The longer I played, the more frequent the issues seemed to become; by the end I was having to quit out and reboot multiple times per hour, and breathed a huge sigh of relief when credits rolled and something hadn’t catastrophically broken my save file. In terms of stability issues and the danger of losing progress, it’s been considerably more severe than our experience with the PC version of Cyberpunk 2077, where the bugs we hit were mostly visual in nature. Techland is aware of all of this and is reportedly hard at work on patches to address it, but if history is any indication it’s going to take more than a few real-world day-night cycles to sort out this many issues.

I don't need that. Not any of it, no matter how pretty the game looks in stills.

KingNosser
Well I've played 6h30 so far, only bug i had was a sound bug from encounter music.

I've enjoyed it a fair amount, mainly when having to run my ass off at night it has nice atmosphere and when it go's wrong that one missed jump can land you right in the mix of many zombies and some real nasty ones

As for the 40fps, this game needs DLSS or FSR to get better fps pretty sure if you played about with settings your get higher fps and res. As for ever running it at 4k 144hz it isn't going to happen for a few gens is my feeling this game is harder to run than cyberpunk 2077 by a fair old wack as well.