The game will not be releasing this October

Battlefield 2042 has been delayed 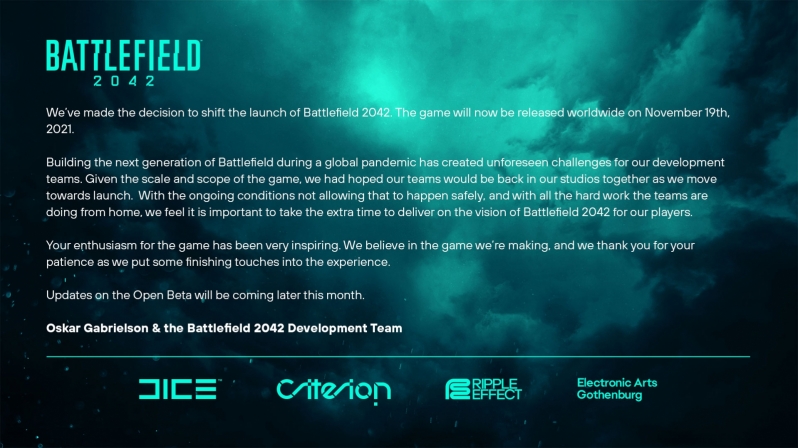 At this time, it is unclear how this delay will impact Battlefield 2042's planned open beta. This beta was expected to go live later this month, and DICE has confirmed that that will be updating players on the game's open beta "later this month.

Battlefield 2042 is now due to launch on PC, Xbox One, Xbox Series X/S, PlayStation 4 and PlayStation 5 on November 19th.

You can join the discussion on Battlefield 2042 getting delayed on the OC3D Forums. 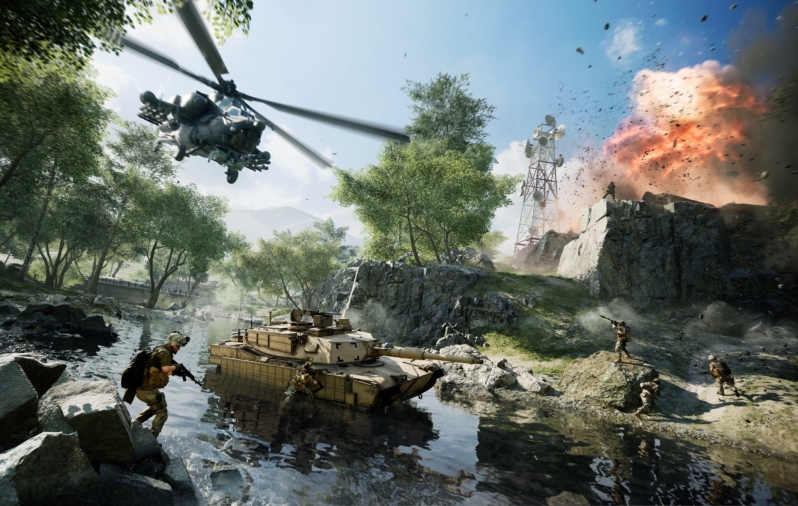 Damien c
Dice have never released a game without major issues at launch, even before Covid so blaming Covid for the game being a mess is just to funny.

They still have not managed to fix the frame drops, packet loss, graphical glitches etc etc on Battlefield 3, 4, 5 and many others in the series.

Give the Engine and the game to a developer who can actually fix most if not all of those issues and Battlefield will be a good game, but for me the game is a no go until I see a review saying they have fixed every issue that has plagued Dice games for over 10 years.

Unfortunately that won't happen, same with Call Of Duty games although to be honest I think I am just looking for more from games now, than the usual run and gun with no objective or benefit to the gameplay or game, since COD and Battlefield both have "Pay to win" mechanics or sorry "Suprise mechanics" in them, meaning I can just buy the "Best Gear" and play with that from day 1 without earning it and feeling a sense of accomplishment.

Dicehunter
Nothing of value has been lost, Just another online deathmatch game.Quote

AngryGoldfish
Quote:
Yeah, I think many are. They're hoping that the fundamental issues (not bugs or cheating necessarily) of the previous games will be gone. People want huge open battlefields again.Quote

Dawelio
Quote:
I highly doubt any game studio has ever achieved this though? Atleast I've never heard of a single game that has been completely flawless at launch...


Quote:
I have been a long time player of Battlefield 3 and I haven't since a year or two after it's launch experienced those issues that you are talking about.

Haven't experienced frame drops, packet loss or graphical glitches from the game. Initially yes, it was horrible. But they fixed up a lot of it and since probably 1-2 years after, not noticed anything really.

But then again, I focus on the game itself, the gameplay, having fun and less on the little problems that the game may have here and there. If I would do that, I'd drive me nuts and ruin the round. Now why would I do that?