EA has officially announced that they have turned off all in-game purchases in Star Wars: Battlefront II, which leaves player progression solely to in-game rewards.

DICE will continue to work on adjusting and balancing the game, including changes that will allow Crystals to be earned through gameplay, an option that was previously only available as a microtransaction.

It has been confirmed that EA does plans to reintroduce microtransactions at a later date, though at this time it is unknown how much EA's planned changes will impact the overall system when they are brought back into the game.

Thank you to everyone in our community for being the passionate fans that you are.

Our goal has always been to create the best possible game for all of you – devoted Star Wars fans and game players alike. We’ve also had an ongoing commitment to constantly listen, tune and evolve the experience as it grows. You’ve seen this with both the major adjustments, and polish, we have made over the past several weeks.

But as we approach the worldwide launch, it's clear that many of you feel there are still challenges in the design. We’ve heard the concerns about potentially giving players unfair advantages. And we’ve heard that this is overshadowing an otherwise great game. This was never our intention. Sorry we didn’t get this right.

We hear you loud and clear, so we’re turning off all in-game purchases. We will now spend more time listening, adjusting, balancing and tuning. This means that the option to purchase crystals in the game is now offline, and all progression will be earned through gameplay. The ability to purchase crystals in-game will become available at a later date, only after we’ve made changes to the game. We’ll share more details as we work through this.

We have created a game that is built on your input, and it will continue to evolve and grow. Star Wars Battlefront II is three times the size of the previous game, bringing to life a brand new Star Wars story, space battles, epic new multiplayer experiences across all three Star Wars eras, with more free content to come. We want you to enjoy it, so please keep your thoughts coming. And we will keep you updated on our progress. 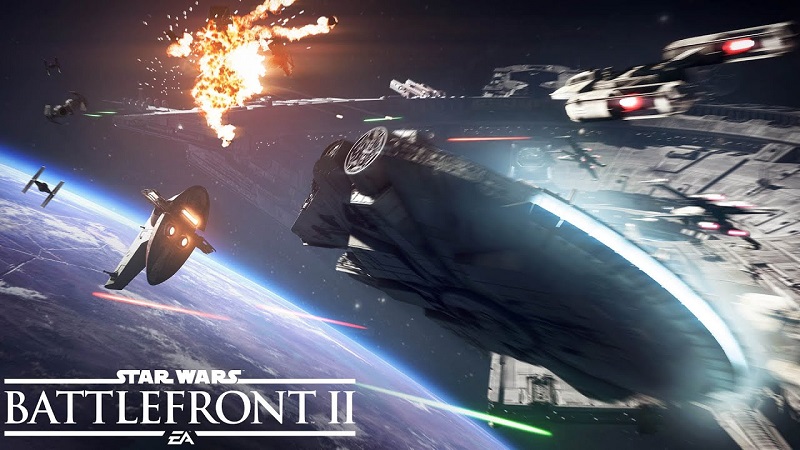 This is a case that will need to be continually monitored over time, as at this time it is unknown how much EA/DICE will change before reintroducing in-game purchases and whether or not these changes can be described as a complete rework or a mere delay in the service's introduction.

You can join the discussion on EA temporary removal of in-game purchases from Star Wars: Battlefront II on the OC3D Forums.

Warchild
Do I detect a win for the consumer against EA for once?

Finally when the consumer speaks up like they should, we get results.Quote

I wouldn't call it a win just yet. Progress, definitely. But not a win.
Quote

Dicehunter
Always two there are, No more, No less, A microtransaction and a season pass.Quote