PC gamers can achieve insane framerates with the right hardware

EA has just revealed the framerate and resolution targets for Mass Effect Legendary Edition's console versions, revealing that the game will be playable at up to 120 FPS on Xbox Series X and at up to 240Hz on PC.

Mass Effect Legendary Edition gives the franchise proper support for high framerates, a feature that was not available on the series' original PC releases, all of which required Unreal Engine tweaks to run at over 60 FPS. Now, PC and console gamers can access high framerates, with Xbox Series X being the top-performing console with 1440p 120Hz support in Favor Performance mode.

All of the console versions of Mass Effect Legendary Edition support a 60 FPS framerate target with the game's "Favor Performance" mode and a "Favor Quality" mode that offers more stable framerates and/or a higher rendering resolution. PS5/Xbox Series X/S support for these games comes through Backwards compatibility, as Mass Effect Legendary Edition is not a native PS5/Xbox Series X/S title.

Strangely, the non-native nature of Mass Effect Legendary Edition gives Xbox Series X users an advantage over PlayStation 5 players, enabling the game's 1440p 120FPS mode. PS5 cannot offer 120Hz framerates on PS4 titles, but Xbox Series X can. This development quirk has given Xbox Series X players a useful feature, though it is only useful if players have a 120Hz display.

PC gamers will be able to define their own framerate targets depending on their hardware configuration and chosen graphical settings. This gives PC gamers the ability to "finetune" their experience. Someone at EA missed a great opportunity to use the word "calibrations" when writing their Mass Effect Legendary Edition performance details article.

You can join the discussion on Mass Effect Legendary Edition's console performance targets and PC framerates on the OC3D Forums. 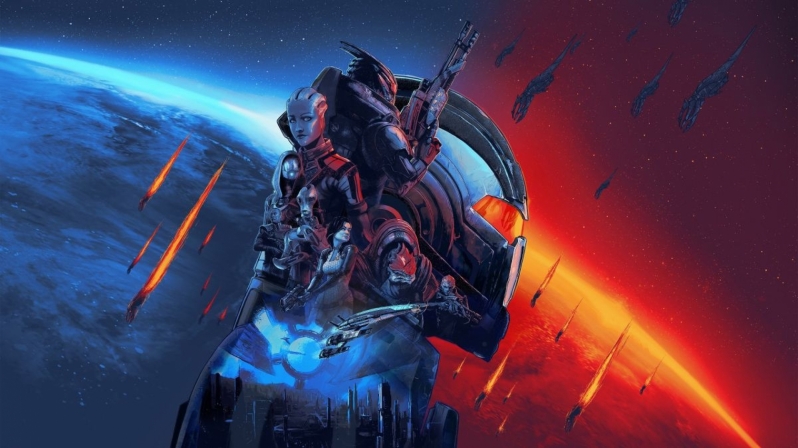