EA's Dead Space Remake will include cut content and no microtransactions

EA's Dead Space Remake will include cut content and no microtransactions

Motive Studios is currently working on a next-generation remake of Dead Space, the 2008 horror gaming classic. In a recent interview with IGN, EA's Roman Compos-Oriola confirmed that Dead Space's remake would not be a 1:1 remake of the original.

Dead Space's remake for PC, Xbox Series X/S and PlayStation 5 will feature some content that was cut from the original game, utilising unused corridors and interactions that were altered due to the technical constraints of PlayStation 3/Xbox 360 era consoles. In this regard, Dead Space will be upgraded and extended, utilising the power of modern gaming systems to offer gameplay that was not possible within the original.

Motive Studio aims to be true to the original Dead Space while offering gamers visual upgrades, improved controls, and upgraded audio. With this in mind, Dead Space's planned remake should be better than the original, assuming that EA Motive achieves its aims.

We started with the original level design of the original Dead Space. What’s funny is that you can see some of the iterations that were made prior to ship by the team. In the first chapter, you can see some corridors that they wanted to do first in a certain way, and then you can understand why they changed it for technical constraints or [some other reason].

Roman has also confirmed that there are no plans to add microtransactions to Dead Space, confirming that the game will release as a single-player-only experience.

We’re also learning from mistakes such as microtransactions, which we will not have, for instance, in our game.

Right now, EA's Dead Space remake has no firm release date. Given the game's planned next-generation and PC exclusivity and its lack of a gameplay trailer or gameplay reveal, it is likely that Dead Space's remake will not be released anytime soon. Currently, many analysts expect a 2023 release date for the game, but EA and Motive Studios have not given us any firm ETAs.

You can join the discussion on EA's Dead Space Remake on the OC3D Forums. 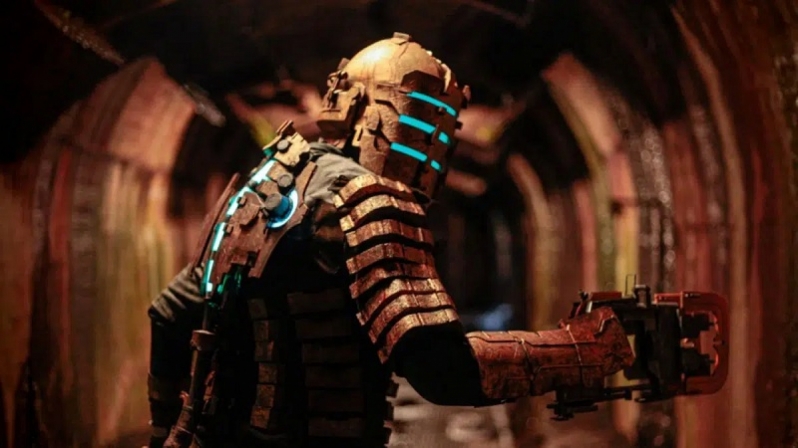 Dark NighT
Looks like they keep up their momentum of less bs in older games and just make them good, i am still genuinely impressed how they handled Mass Effect Legendary edition, it is a really well done remaster without any microtransactions or nasty little things.Quote

meuvoy
Just how many times have we heard EA say those things just so they would do it anyway?Quote

Warchild
Quote:
And what game have they claimed would have no MT and then went ahead and added it?Quote

Peace Đ
Quote:
Because they always say that those games won't have MTX at launch