EA's working on an 'HD title', and that title's rumoured to be Mass Effect

EA has confirmed that it plans to release 14 new games before the end of the financial year, including an unannounced "HD remake" of an existing title. This means that 14 games will release from EA before the end of March 2021.

The original Mass Effect Trilogy is a prime candidate for the HD remaster treatment, being a popular franchise with a loyal fanbase that's currently unavailable on today's consoles. While Xbox One offers backwards compatibility for the series, no games from the series offer Xbox One X enhancements, making the game practically identical to its original Xbox 360 release.

As a set of Xbox 360-era games, the Mass Effect Trilogy could benefit from the strength of modern console platforms, allowing EA to deliver enhanced visuals, higher resolution textures, steadier framerates and other enhancements. The game's original cutscenes could also be remastered at a higher resolution, making the game's cinematic scenes look a lot better on today's high-resolution displays.

A new Mass Effect game has also reportedly started development at EA, making now the perfect time to reinvigorate the series by re-releasing the series' best titles. This would help prepare fans for future Mass Effect games, and push people's thought's away from Andromeda. 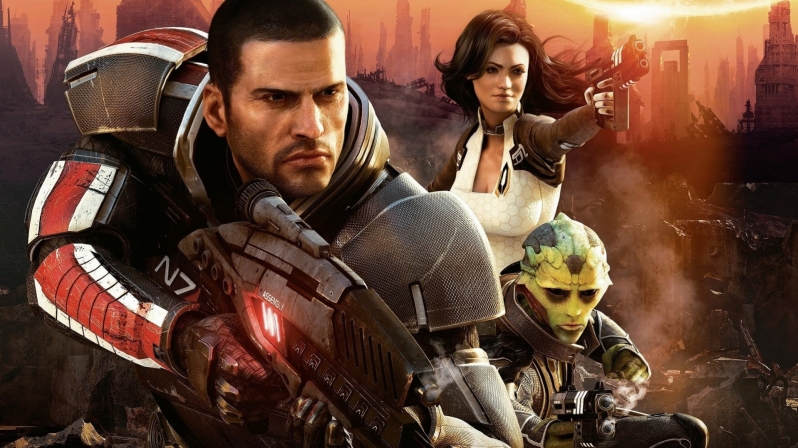 You can join the discussion on EA's rumoured Mass Effect Trilogy Remaster on the OC3D Forums.

Dark NighT
I'd buy these in a heartbeat! I friggin love Mass Effect series.Quote

Warchild
Wait. So its it a trilogy remaster or just ME 3?

Daiyus
Sounds great, although as much as I love all three games I wouldn't be opposed to them doing more than just a graphical upgrade, particularly for the first game.

To be honest I've always hung on to the idea that if we ever got the Trilogy re-released it'd be a remake as one continuous, consistent game.Quote

Avet
I love these games (except the ending of ME3).

The trend is remake, after remake, and then another remake. Are devs that much out of ideas?

There were some whispers about the Legacy of Kain remake. I would really love that one.Quote

Dark NighT
Quote:
Now that would be a great idea, but i don't think this will happen.Quote
Reply