The beta will soon be available to Origin Access Premier members

EA's Origin Launcher is easily one of the worst that PC gaming has to offer, having received relatively few updates in recent years. In its current state, Origin is known to also hamper the performance of some games. most famously impacting Mass Effect 3, as we covered earlier this year.

Thankfully, EA has confirmed that they are working on updating their Origin client, as now, the company is ready to showcase its new client to end-users, starting with an Origin Closed Beta for Origin Access Premier members.

With their new Origin client, EA plans to deliver PC gamers a "fast, stable, and reliable app", and through their beta client, users will receive new features and improvements as the beta progresses over the next few months.

Looking at the beta signup page for EA's new beta client, we can see that Origin will gain what appears to be a "Dark Mode", and a redesigned user interface. Below is what EA has to say about their Origin Beta.

Your gaming experience is getting an upgrade. As an Origin Access Premier member, you’ve been invited to join the Origin Closed Beta! Be among the first to jump in, try it out and tell us what you think.

We've heard your feedback on Origin - you want a fast, stable, and reliable app that connects you to the games you love and the players you want to play with. This feedback has inspired us to enhance the Origin experience to power a faster, smarter, more connected desktop app and we'll be rolling out improvements over the next few months through the beta. 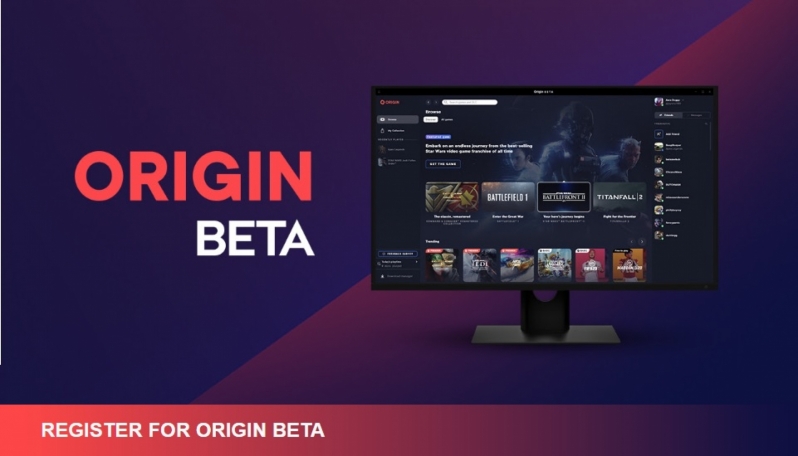 You can join the discussion on EA's reworked Origin Launcher on the OC3D Forums.