Should we expect this game to be revealed on October 5th?

EA's Need for Speed Twitter accounts has been teasing a new game for the franchise, a game which is rumoured to be a remaster of Need for Speed: Hot Pursuit.

The images above and below both showcase a vehicle with a custom 510 number plate, seemingly signifying an October 5th reveal date. Back in August, Need for Speed: Hot Pursuit appeared on Amazon with a November 13th release date, revealing release plans for PlayStation 4, Xbox One, PC and Switch. Next-generation versions could also be in the works.

Need for Speed: Hot Pursuit is one of the most highly rated games in the franchise, boasting Metacritic ratings of 86% on PC, 88% on Xbox 360 and 89% on PlayStation 3. These statistics alone make the game a prime candidate for a next-gen remaster, especially now that the game's 10th anniversary is fast approaching.

On October 5th, we expect EA to reveal Need for Speed: Hot Pursuit Remastered. We will report on this game again when we receive more information about it. 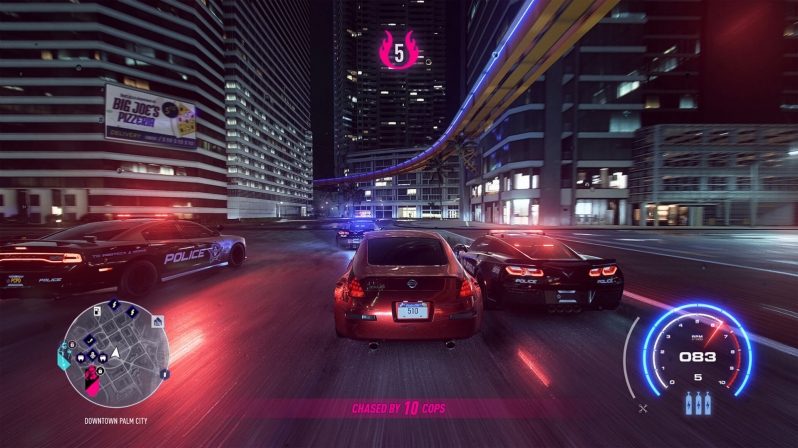 You can join the discussion on EA's Need for Speed: Hot Pursuit Remastered teasers on the OC3D Forums.

AlienALX
Quote:
Yup. That or Underground 2.

Instead we get this crap. I don't know....Quote

looz
Honestly I even liked the most recent NFS I picked up on sale. But not much single player content and multiplayer was already dead.


It also revealed that my memory OC wasn't stable

I've had it for over a year without issues.Quote

I loved underground 2, 2015's NFS was so incredibly close to it, Now if we had a few more customisations, The ability to make a race gang and more social options it would be truly immense, Akin to Fast and Furious that kicked all this off

AlienALX
Quote:
The funny part is that a few years ago (just before the 2015 one I really liked) I decided to go to the EA forum to start a thread asking about a new underground. Turns out thousands had exactly the same idea, and most of the posts in the need for speed area were asking for another underground.

So they release this.

But, that is EA all over. They know what is best, including what their customers want. I didn't even bother making an account.

I don't really like the police chases. The algorithms are sodding stupid. Sometimes you can waste hours of your time trying to escape only to get caught any way ffs. Really annoying.Quote
Reply