Elite Dangerous' first-person Odyssey content can be very demanding on PCs, especially when compared to the game's other sections. Framerates take a hit when players exit their ships and explore planets or stations on foot, and this has prompted Frontier Developments to give the expansion another optimisation pass with update 10.

For Elite Dangerous Odyssey players, Frontier Developments has optimised aspects of the expansion like looking through glass, cockpit glass, forward-lit visual effects, planet textures, shadows, and emissive to make the expansion's content more performance. With these updates, Elite Dangerous' Odyssey content should run a at higher framerates on PC, which is great news for all players.

Alongside Odyssey's performance optimisations, Elite Dangerous has been updated to address several bugs within the game. This includes rendering fixes, bug fixes, crash fixes and various stability problems Elite Dangerous' Update 10 patch notes are available at the bottom of this article. 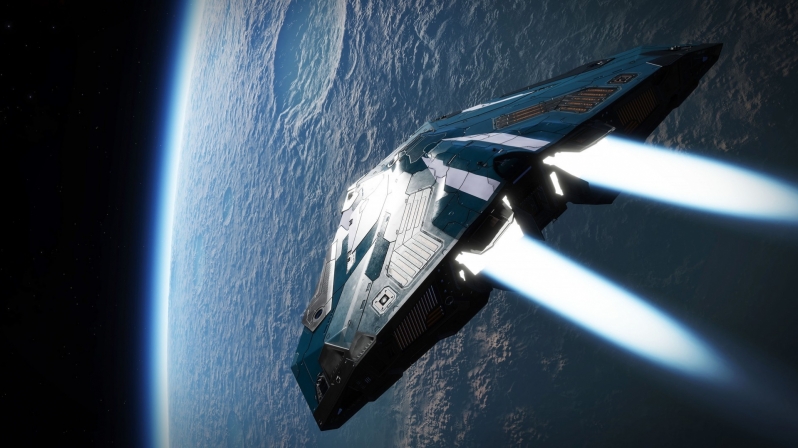 Elite Dangerous' servers were down for several hours yesterday as the game's patch was deployed. The patch should be downloaded automatically via your game launcher, allowing you to benefit from this update when you next play the game.

You can join the discussion on Elite Dangerous' latest game patch on the OC3D Forums.

Changes will come to both Odyssey and Horizons each listed in their own sections below. These will see some overlap in cases where certain changes are happening in both versions.

- An instancing crash was fixed.
- A crashing when entering Supercruise following a low wake was fixed
- A crash caused by jumping to the permit-locked HIP 54530 system was fixed

From the Issue Tracker

- Stars will no longer flash brightly in VR
- The Asterope system will resume featuring signal sources
- Polyporous growths on brain trees can be splattered once again
- An issue with teammate Navlock was fixed
- Deposit fragments will no longer get stuck inside asteroids
- Damage values on thermal conduits have been corrected to scale with ship heat between 90-150%, capped at 160%

- AI will spawn at POIs in multicrew as expected
- Omnipol corruption was addressed: their mission-givers will no longer assign illegal missions
- Deceased NPCs can be scanned once again at offline settlements.
- Hostile ships will once again appear as such on the radar

- An issue when running with the cutting tool was fixed. Although, our mothers still advise against it

- The Pirate Attack faction state will now:
- No longer trigger when only criminal factions are present in a starsystem
- Temporarily make weapon commodities legal in most jurisdictions
- Cause factions to lose influence to criminal factions present in that starsystem
- Criminal factions will no longer experience active security states and their Security Points will lock at 0
- Odyssey settlements controlled by criminal factions will now prefer to export commodities (at the usual favourable pricing) that are illegal in other jurisdictions. Their exports will return to normal if control changes to other faction types
-  Odyssey settlements that were incorrectly exporting Meta Alloys will no longer do so
- Incorrectly negative faction consequences when selling salvaged commodities for a relatively low value were fixed
- The Black Market station service will now activate when the controlling faction has an active Civil Unrest state
- Faction consequences from selling commodities are now based on satisfying available demand at the Commodity Market
- You can now support a faction by buying commodities from it, based upon satisfying available supply at its Commodity Market
- When buying and selling, it's generally more positive to a faction to satisfy a higher supply and demand (green 3-bar icon) than a lower (red 1-bar icon), and it's generally more positive to trade more expensive commodities than cheaper ones

- A crash when selecting the engineering panel from a ship was fixed
- A crash caused by entering the permit locked-HIP 54530 system was fixed
- Deposit fragments will no longer get stuck inside asteroids
- VFX for projectiles from the Remote Flak Launcher will no longer be too bright
- A crash during the tutorial was fixed
- Damage values on thermal conduits have been corrected to scale with ship heat between 90-150%, capping at 160%

NeverBackDown
Haven't played since odyssey but now is a good of time as ever I guess. My 1080 will be grateful for these performance improvementsQuote

Dicehunter
After having played Star Citizen the ships in ED feel like cheap toys in comparison, Especially being able to get up off your rear and walk around your ship with multiple friends if you want to, Such a simple action gives the game a lot of atmosphere especially during a jump walking by an outward facing window and watching the world go by.Quote

My dad no lifes this game

The whole "Space Leg's" aspect is quite boring though because the FPS part of it for me is to easy and with the performance issues it's practically worthless, walking around on planets is boring until they fix the bio scanning thing that people complained about and other than those 2 things there is basically nothing to do other than scanning missions basically.Quote
Reply