Elite Dangerous will be available for free next week

Get the base game and the game's Horizon's Expansion for free

Elite Dangerous will be available for free next week

To make this deal even sweeter, Frontier Developments has made Elite Dangerous' Horizons expansion free to all owners of the base game, giving these free Epic Games Store copies a wealth of additional content. This will give PC gamers more than enough time to get to grips with the game before the game's upcoming Odyssey expansion launches in early 2021.

Right now, Elite Dangerous is available for £19.99 on Steam, giving PC gamers significant savings. Whether you want to spend some time acting as a space goods deliverer, or risk-taking bounty hunter, Elite Dangerous has plenty of content for you. If you have ever considered playing this game, now is your chance. All you will need to play is a free Epic Games Store account.

You can join the discussion on Elite Dangerous being available for free on the Epic Games Store next week on the OC3D Forums. 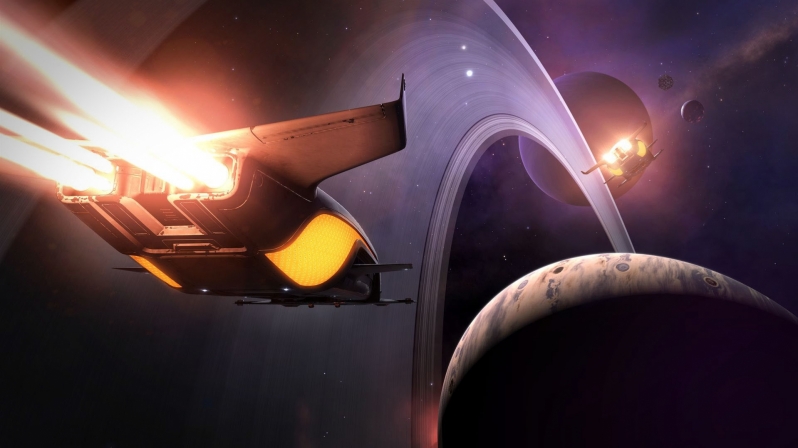 NeverBackDown
Recently got back into the game. Such a high learning curve but man it's rewarding once you figure things out

Love the Python and the Krait Phantom

The_Governour
Is this game any good now? Heard it had a terrible launch. What is the single player like?Quote

Daiyus
I've just got back into it myself. I'm working on Federal Navy rank so I can finally buy a Corvette.

I recently helped convert a console lover of the game to PC too, so I've been winging up and flying fighters for the first time too.Quote
Reply