Could all big budget games have The Last Of Us 2 level faces?

Epic Games' technology is designed to democratise AAA game development tools, allowing more game developers to create top-class gaming experiences without the need to create dedicated tools to enable highly complex graphical or simulation features. In the case of Epic's MetaHuman creator, Epic Games wants to help developers to release games with realistic faces at a fraction of the cost and time as doing so without their tools.

With their MetaHuman Creator, Epic Games wants to make the development of AAA quality faces faster, simpler and cheaper, allowing smaller studios to match the quality delivered by Kojima Productions and Naughty Dog with their facial animations for Death Stranding and The Last of Us Part II.

As an Epic Games technology, developers can use the MetaHuman Creator to export faces for use in the company's Unreal Engine. This gives game developers another reason to enter the Unreal ecosystem, though the tool can export to other engines and software packages. Epic Games' MetaHumans tech will work with Unreal Engine 4 and Unreal Engine 5.

Bringing compelling real-time digital humans to life is incredibly challenging and time-consuming. It can take months of research, costly scanning equipment, and an army of tech artists. What if we could make the process radically simpler, faster, and more scalable—without compromising on quality?

We’re excited to share a sneak peek at MetaHuman Creator, a new tool that will empower anyone to create a bespoke photorealistic digital human, fully rigged and complete with hair and clothing, in a matter of minutes.

Epic Games has been clear that their MetaHuman Creator tool still needs a lot of work, confirming that the tool can only create a limited number of face types and that adult faces are currently Epic's focus for the tool. In time, Epic's technology will improve to cover a larger variety of face types and eventually create children's faces across various age groups.

Epic's MetaHuman Creator is an impressive tool, and it will change the way that many developers will create realistic faces within games and other forms of digital media. The creator is due to enter its early access period later this year, allowing developers to experiment with the technology.

You can join the discussion on Epic Games' MetaHuman Creator on the OC3D Forums. 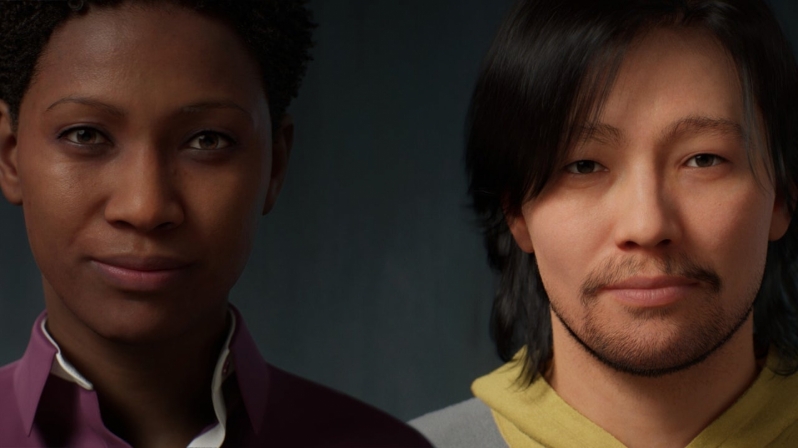