The EU could bring third party apps to iOS

The EU's Digital Markets Act could bring Fortnite back to iOS

The European Union has revealed their new Digital Markets Act (DMA), and it has the potential to transform the smartphone market. Specifically, the bill would force Apple to allow iOS users to install apps from outside of their App Store, allowing users of Apple smartphones and tablets to install applications from alternative sources.

While the Digital Markets Act has not been passed through the European Parliament, it has been estimated that the act could be made into law as early as October. This law would allow third part app stores to appear on iOS, a prospect that Apple has opposed for years.

For years, Apple has defended the company's tight control of their iOS platform by citing security concerns. Simply put, allowing the side-loading of apps on iOS could expose users to security risks. As it stands, Apple controls its iOS platform through its App Store, and applications that are on that storefront are considered secure by Apple.

The reality of this claim is that Apple's App Store ensures that all app transactions on iOS are conducted through Apple. This allows the company to generate an incredible income from their iOS devices. If app side-loading was possible, app creators could bypass Apple and cut off that revenue stream. Popular apps could avoid the App Store and keep what would have been Apple's cut from their profits.

Apple users who are concerned about security could simply choose to only use apps from iOS's official App Store. Beyond that, Apple's iOS app store is not free of malicious applications. Let's face it, Apple is more concerned about their profits than they are about device security. 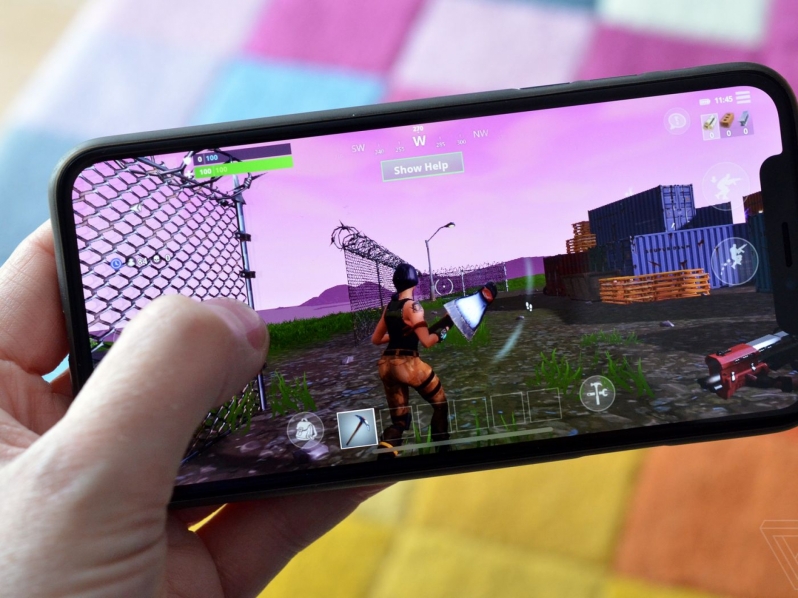 What the Digital Markets Act could change

If the Digital Markets Act passes, it would allow smartphone users to install applications from alternative storefronts or directly onto their devices. In this sense, smartphones would become more like PCs, with consumers being given more freedom when it comes to choosing how to use their devices.

The EU's Digital Markets Act would allow Epic Games to return Fortnite to iOS by avoiding Apple's App Store. It would also allow 3rd parties to compete with Apple to create an alternative app store. In this sense, iOS will work a lot more like MacOS, where users have the freedom to install the software they want.

You can join the discussion on the EU potentially forcing Apple to allow app side loading in iOS on the OC3D Forums.

NeverBackDown
All about user choice and I'm all for it.Quote

z7x
Im not sure what to think about it. Half of me thinks its a bad idea and overall quality could drop, the other half of me think we would probably be allowed to install cracked apps 😋😎Quote
Reply