In March 2021, SCS Software revealed that they were working on a new DLC for Euro Truck Simulator, a DLC called "Heart of Russia", a content pack that would open up the nation to more in-depth exploration, albeit with some limitations given the nation's size. Now, SCS Software has decided to axe the DLC, despite the fact that the content pack is almost finished.

Following Russia's Invasion of Ukraine, SCS Software needed to take time to decide whether or not to continue working on their Heart of Russia DLC for Euro Truck Simulator 2. After weeks of consideration SCS Software decided to refrain from releasing the DLC, as the company did not want to be seen as being supportive of Russia, or tolerant of their aggression. 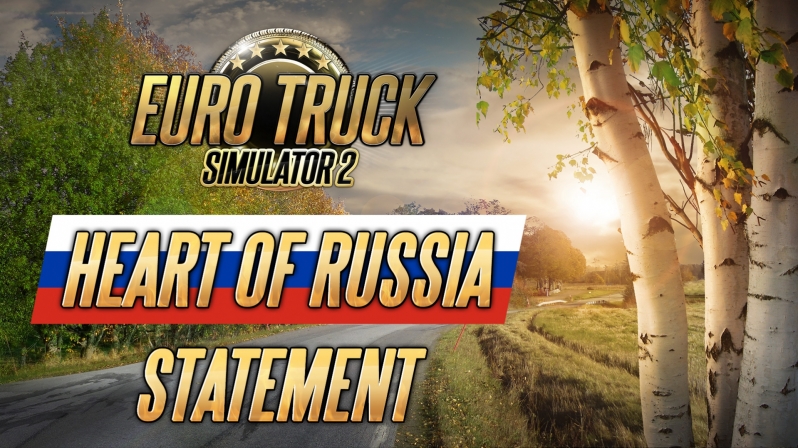 You can join the discussion on SCS Software Shelving Euro Truck Simulator 2's Heart of Russia DLC on the OC3D Forums.

Dicehunter
Would be nice if they implemented a decent form of AA, Having to run at 400% res just to get rid of pixel crawling is annoying.Quote
Reply