Everything you need to know about Mass Effect Legendary Edition

The games coming to PC, PS4, and Xbox One

Everything you need to know about Mass Effect Legendary Edition

EA has just released a lot of information about Mass Effect: Legendary Edition, revealing the platforms that it will release on, everything that Bioware has updated within the game and how well the game will run on last-generation consoles.

Mass Effect 1's Pinnacle Station DLC source code was developed by a 3rd party studio, and when Bioware contacted that studio for the DLC's source code, it was discovered that that code was corrupted. Recreating Pinnacle Station from scratch is not feasible for Mass Effect Legendary Edition's development team, which means that the DLC will be missing from the experience.

Mass Effects 1, 2 and 3 will be receiving major graphical overhauls with the release of the Mass Effect Legendary Edition game collection. Each game will receive enhanced models, improved shaders, modernised FX, depth of field, and reworked lighting.

On Xbox One X and PS4 Pro, Mass Effect Legendary Edition will also run at 60 FPS framerates, with all console versions of the game featuring graphics mode options which include "Favor Quality", which offers higher resolution gameplay and "Favor Performance", which focuses on maintaining higher framerates. The game will also feature a VSync mode and an Uncapped framerate mode, giving console gamers more options.

Mass Effect 1 will receive a larger graphical overhaul, with the game receiving a full world pass to deliver visuals which are more like the game's successors. PC gamers will benefit from Mass Effect's adoption of DirectX 11 and features like improved controller support.

Audio-wise, the Mass Effect series can now benefit from full-resolution audio, which should allow the game's music and dialogue to sound better than ever.

Mass Effect 1 has received a larger overhaul than Mass Effects 2 and 3. Several gameplay systems have been reworked to make the game play better, especially within combat. Mass Effect 1 will now have improved aiming and weapon balance, which should allow the game's combat to be more fun for newcomers to the series. EA has also worked to improve the controls of the game's Mako vehicle, squad tactics cover interaction and game's camera system.

Mass Effect 1's work has received the largest graphical overhaul, altering the game's artwork and lighting to make the game look more like its sequels. This move will help improve the visual consistency of the collection.

EA has advertised the PS4 Pro and Xbox One X with support for 60 FPS gameplay while stating that gamers will have an "uncapped FPS on PC and next generation consoles". This could mean that the PS5 and Xbox Series players may be able to access higher framerate targets, which would be great news for those with 4K 120Hz VRR monitors. 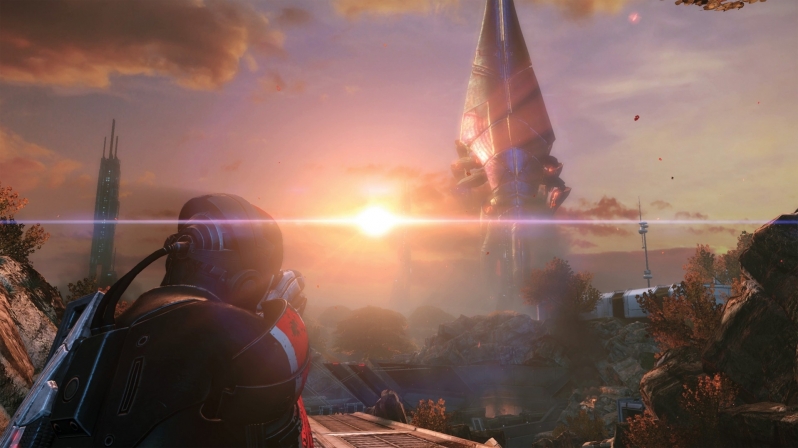 You can join the discussion on Mass Effect Legendary Edition on the OC3D Forums.

Warchild
Quote:
Maybe if you have XBGP you can get it as part of the subscription.Quote

Daiyus
I'm definitely going to be picking this up. Seeing this Trilogy updated for modern systems has been a dream of mine for years, especially with the improvements they've made to Mass Effect 1.


But not for £55. I know people will pay it, but that's stupid money for a remaster. Once it comes down to a more sensible price they'll get my money.Quote

queeg
feel the same looking forwards to getting it but not till it comes down a bit maybe i will have a new gpu by then if i dont now skip this gen again........... the second game was 1 of my favourites ever wasted so many hours scanning planets having pointless chats now on a much grander scale with pad support to boot WOO HOOQuote

Dark NighT
I will be picking this up on release day because i absolutely love Mass Effect games and to me the upgrades seem very much worth it.Quote
Reply