Is your PC ready for Evil Dead: The Game?

Saber Interactive's Evil Dead: The Game is launching on PC and consoles on May 13th, offering gamers over-the-top co-op and PVP multiplayer action within the Evil Dead universe.

In Evil Dead: The Game, up to four survivors will be able to play together, exploring, looting and fighting areas that are inspired by the Evil Dead movies, and the Ash VS Evil television series. Playable survivors include Ash, Scotty, Lord Arthur, Kelly Maxwell, and others.

On PC, Nvidia has confirmed that Evil Dead: The Game will support the company's Deep Learning Super Sampling technology. This will allow users of Nvidia RTX series graphics cards to achieve higher performance levels by using AI-enhanced upscaling. At this time, it is unknown if Evil Dead: The Game will support alternative upscaling technologies like AMD's FidelityFX Super Resolution or Intel's XeSS. 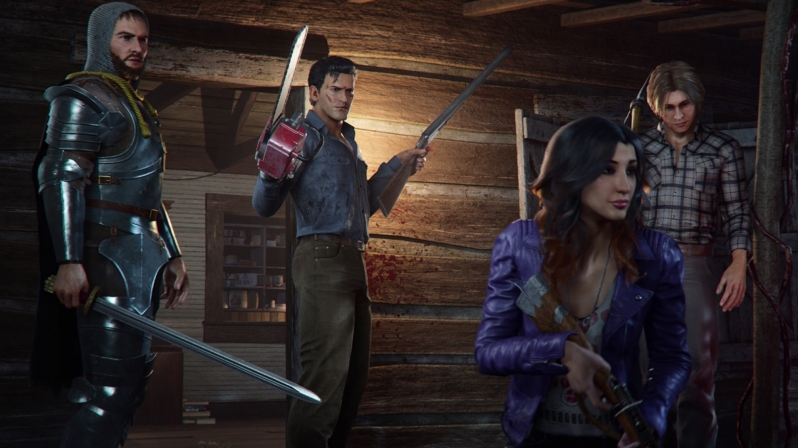 Sadly, Saber Interactive have not revealed details minimum system requirements for Evil Dead: The Game, but based on the game's recommended system requirements, the game should not be challenging to run on most modern gaming PCs.

PC gamers will not need an overly high spec system to run Evil Dead: The Game, though it is possible that this game's system requirements will be updated before the game launches this May. Since the game can run on a GTX 1070 Ti as its recommended graphics card, it is likely that lower spec graphics cards like Nvidia's GTX 1060 will be able to run the game at lower graphical settings.

You can join the discussion on Evil Dead: The Game's PC system requirements on the OC3D Forums.