Fallout London receives a new trailer and a release timeframe

Fallout London is a DLC-sized mod for Fallout 4

Fallout London, the DLC-sized mod for fallout 4 has recieved a new trailer and has a new 2023 release timeframe. The new in-engine trailer showcases combat, some of the game's set piece moments.

As the mod's name suggests, Fallout London is based in England, far away from Fallout 4's Commonwealth. This Total Conversion mod contains a new story, new weapons, and a new lore that details what happened to Britain within the Fallout Universe. It may not be official, but we don't expect the Fallout franchise to venture outside of the US anytime soon. 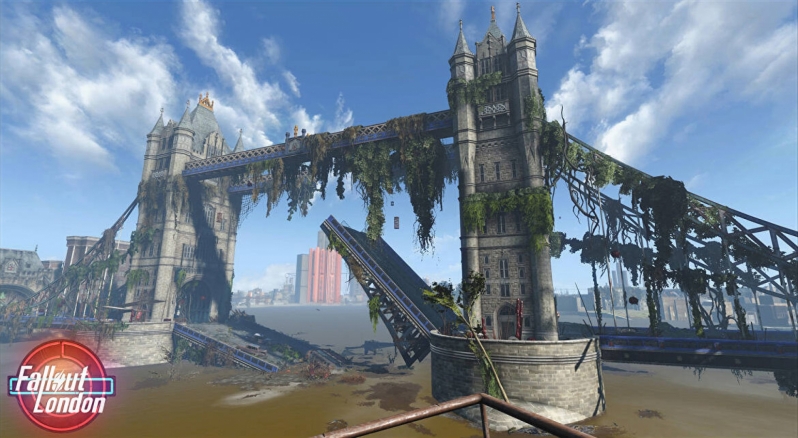 Fallout: London may not be an official game from Bethesda Softworks, but it has the trappings of what could be an interesting Fallout game, even if franchise staples like Vault-Tec being missing. There will be no Super Mutants, Deathclaws or other species that were developed through forced mutation in Fallout's version of the US. This is Fallout London, and it's nothing like the USA.

Fallout London contains new factions, new weapons, and different cultural outlook on the post-apocalyptic world. Here's what Fallout London's developers have to say about the game on their website.

Fallout: London is an ambitious, trail-blazing DLC-sized mod for Fallout 4, Bethesda Game Studios’ 2015 post-apocalyptic RPG. Fallout: London stands apart from its contemporaries and offers an entirely new experience: setting a Fallout game outside of the United States. True to its moniker, Fallout: London takes place IN London. From stuffy parliamentary aristocrats to a resurrection of the Knights of the Round Table to an uncompromising cult of revolutionaries (and more!), Fallout: London embodies the history and aesthetics of London and puts an unmistakably nuclear spin on the beloved city.

Fallout: London’s development is labor-intensive and involves a plethora of eclectic cross-discipline individuals, both at amateur and industry level. The team maintains a strong sense of professionalism and devotion to the craft. Everyone on the Fallout: London team shares a deep love of videogames, and most importantly, Fallout itself. Each member of the Fallout: London team is individually recruited for their contributions and talent in the realms of game design and modding.

You can join the discussion on Fallout London on the OC3D Forums.