Gaming on Linux is starting to get a lot easier

Feral Interactive is a developer that primarily focuses on Linux, spending most of their time porting existing Windows titles over to the Open Source OS. This focus has left the company with an extremely specialised skillset, placing them in a position where they have the potential to push forward the Linux Gaming world.

Meet GameMode, a new daemon/library combo for Linux which acts as a "CPU governor", enabling games to automatically apply performance optimisations while a game is running and deactivate them when users exit their game. In short, this tool allows Linux users to access more performance from their systems without the need to enter privileged commands on a regular basis.

While this tool will not automatically offer users with higher levels of performance, supported games will be able to use the CPU governor to prevent CPUs from downclocking or entering low power states that would increase frametimes. One frequent problem with Linux is that CPUs can often downclock when a program becomes GPU limited, in turn creating performance problems. GameMode solves this issue alongside many others to boost overall game performance.

GameMode is Open Source and needs to be installed by users manually. Supported games will then use the tool to access heightened system performance. GameMode is available on GitHub. 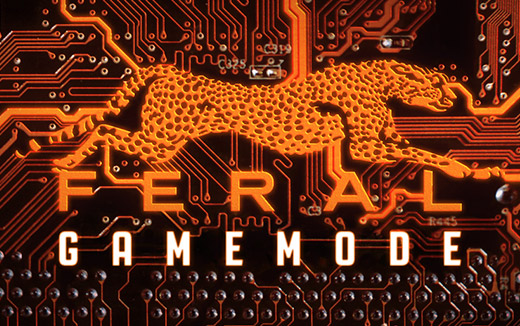 Gaming on Linux has been given early access to Feral Interactive's GameMode software, allowing them to test several games both with and without the tool. These game's don't have built-in support for GameMode at this time, requiring the games to be launched with specific launch options/commands.

Below are tables for F1 2017 and Company of Heroes 2, with Company of Heroes being particularly well known to be CPU limited on in its benchmark mode. The performance gains shown here are significant, though they will vary greatly depending on your hardware configuration and whether or not your system is already tuned for maximum performance.

Rise of the Tomb Raider will be the first Linux Game to integrate support for GameMode, allowing the game to apply specialised launch options automatically. Linux Gamers will still need to install GameMode for gaming power optimisations to be implemented.

You can join the discussion on Feral Interactive's Open Source GameMode for Linux on the OC3D Forums.

Wraith
The countdown is getting ever closer and the day will come when I finally drop MS and go back to Linux. Just a touch more support and this is wholly a step in the right direction.Quote
Reply